Total sales were up 2.6 per cent to $185.5 million with $168.1 million in beverage alcohol sales and $17.4 million in recreational cannabis sales. Compared to the third quarter of the previous fiscal year, net income for the NSLC was $65.5 million, up 1.2 per cent.

For the third quarter (September 30 – December 29, 2019), the NSLC experienced moderate growth in earnings primarily due to a 2.8% increase in beverage alcohol sales. Total sales were $185.5 million, an increase of 2.6% when compared to the same time last fiscal year. This growth is due mainly to increased sales of beverage alcohol over the Thanksgiving and Christmas holidays. Cannabis sales for the quarter are stable; however, it is important to note they are not comparable because there were 15 less selling days in the prior year due to the timing of legalization on October 17, 2018.

“The efforts of the team generated solid increases in net income and sales this quarter setting us up nicely to meet our financial commitment this fiscal year,” said Greg Hughes, President & CEO.

The NSLC began offering a limited assortment of cannabis-infused chocolates, soft chews, mints, teas and vape products in all 12 cannabis stores by December 23. “We knew it would be a challenge to launch the second phase of cannabis products heading into our busiest time of year, but our people did it. The entire NSLC team worked hard, serving our customers well over the holidays while introducing new legalized cannabis products,” said Hughes.

In addition to its steady financial performance, the NSLC continues to make its corporate social responsibility mandate a priority, especially as it relates to responsible sales and consumption. NSLC employees continue to be vigilant with responsible sales, asking for ID an average of 2 million times a year from customers who appear to be under the age of 30. Cabbioke, the NSLC’s campaign designed to create awareness to enjoy the products responsibly, attended Christmas parades from Liverpool to Amherst to Glace Bay with the support of employee volunteers in every community.

The team continues to focus on partnerships with Feed Nova Scotia and Habitat for Humanity, with employee volunteers packaging thousands of kilograms of food and helping to build duplexes for two highly deserving families.

“It’s very important to us to give back to the communities where we live and work. I’m extremely proud of the team for committing their time and energy to these organizations that do such vital work for Nova Scotians,” Hughes said. 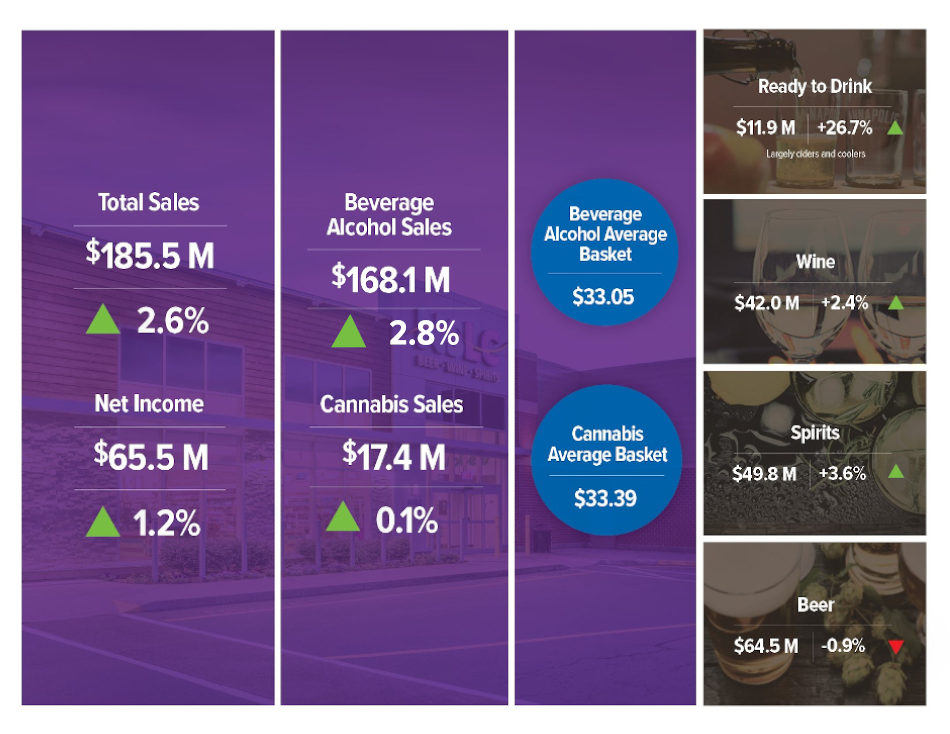