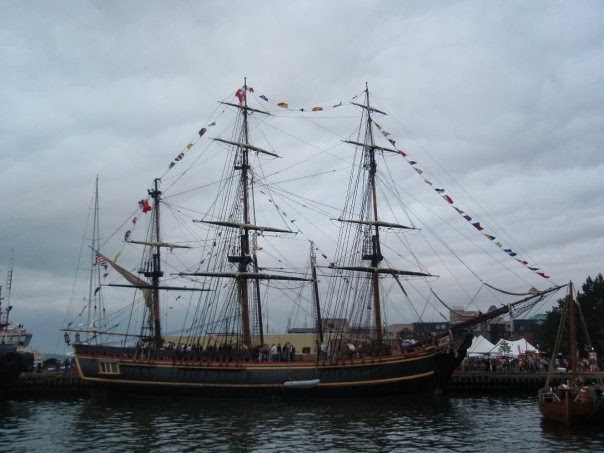 The US NTSB released its report into the Sinking of the Bounty. The Bounty was Built in Lunenburg for the 1962 MGM Movie. You can find all our coverage of the Sinking Here (Above: Bounty from tall ships 2009  Below: from Tallships 2012, 2 months before her sinking) 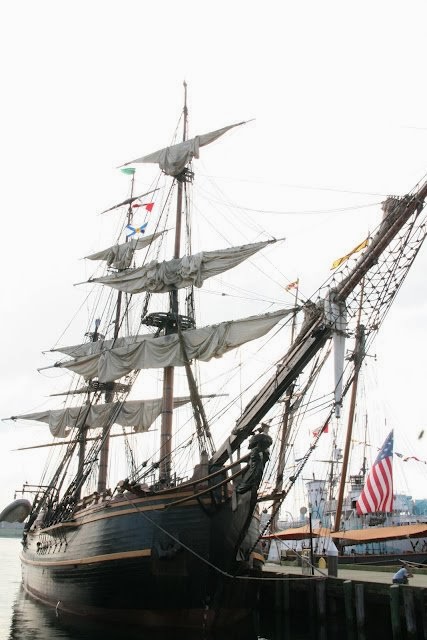 A captain’s “reckless decision to sail into the well-forecasted path of Hurricane Sandy” was the probable cause of the sinking of a ship off the North Carolina coast in October 2012, the National Transportation Safety Board said in a report released today.

The captain and one crewmember died in the accident. Three other crewmembers were seriously injured.

On the evening of October 25, 2012, a day after a closely watched developing storm had reached hurricane strength, the 108-foot-long tall wooden ship, the Bounty, set sail from New London, Conn., for St. Petersburg, Fla., into the forecasted path of Superstorm Sandy. The 52-year-old vessel, a replica of the original 18th Century British Admiralty ship of the same name, was built for MGM Studios for the 1962 movie, “Mutiny on the Bounty.”

Prior to setting off from New London, some of the crewmembers had expressed their concerns to the captain that sailing into a severe storm could put all of them and the ship at risk. The captain assured the crew that the Bounty could handle the rough seas and that the voyage would be a success. Just a month earlier, in an interview with a Maine TV station, the captain said that the Bounty “chased hurricanes,” and by getting close to the eye of the storm, sailors could use hurricane winds to their advantage.

The 16-page report details how a mostly inexperienced crew – some injured from falls, others seasick and fatigued from the constant thrashing of 30-foot seas – struggled for many hours to keep the ships engines running and bilge pumps operating so the seawater filling the vessel would not overtake it.
In the early morning hours of October 29, 2012, about 110 miles southeast of Cape Hatteras, N.C., the Bounty heeled sharply to the starboard side after taking on more than 10 feet of water in the final hours of a three and a half day voyage that the NTSB said, “should never have been attempted.”
Despite hurricane winds gusting upwards of 100 mph, the U.S. Coast Guard was able to rescue all but two of the Bounty’s 16 crewmembers by hoisting them from the sea into three Jayhawk helicopters in the midst of the storm. The body of one crewmember was found, still in a protective immersion suit, about 10 hours after rescue operations had commenced. The captain was presumed lost at sea; his body was never recovered.

“Although this wooden ship was modeled after an 18th century vessel, the Captain had access to 21st century hurricane modeling tools that predicted the path and severity of Hurricane Sandy,” said NTSB Chairman Deborah A.P. Hersman. “The Bounty’s crew was put into an extraordinarily hazardous situation through decisions that by any measure didn’t prioritize safety.”

Prior to setting to sea, the Bounty had been in a Maine shipyard for maintenance and repairs, most of which was accomplished by a crew with little experience in such specialized work. One of their tasks was to caulk and reseam a wooden hull, which had known areas of rot, with compounds supplied by the captain, including a silicone sealant marketed for household use.

The entity that owned and operated the ship, HMS Bounty Organization, LLC, did nothing to dissuade the captain from sailing into known severe weather conditions. The NTSB said that such a lack of effective safety oversight by the vessel organization contributed to the sinking.

The entire report is available at www.ntsb.gov/investigations/fulltext/MAB1403.html