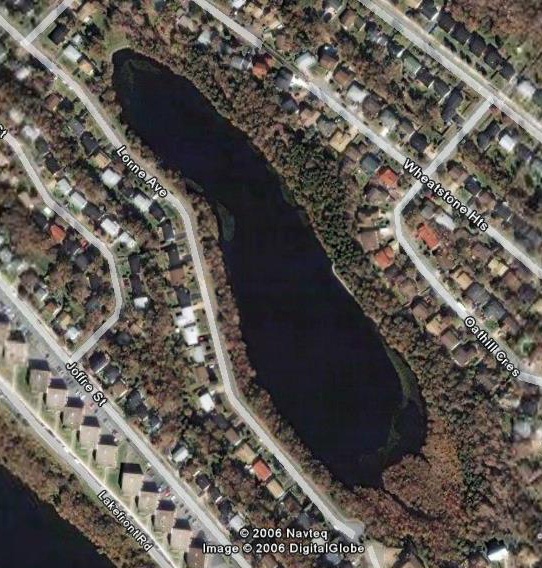 A aerial view of Oathill Lake

Oathill Lake is an oasis in the middle of Dartmouth’s Manor Park subdivision. Beloved by walkers, swimmers, skaters and fisherfolk, it offers a tranquil green space within walking distance of the urban core.

But in 2010, Oathill Lake was in trouble. The use of fertilizers and road salt in the surrounding area had lead to nutrient overloading, and the water quality was suffering. Overstocking of the lake meant that Oathill had become so popular for fishing that the shoreline was being trampled and eroded. (Read the 2010 Coast story here.)

Now, five years later, Oathill is on the road to recovery, and it’s thanks to a committed effort by volunteers from the non-profit Oathill Lake Conservation Society (OLCS).

“We’ve put Oathill Lake on a diet,” explained Bob Rutherford, an environmental consultant and one of several biologists involved with OLCS. “It’s been overfed, and when plant growth falls to the bottom of the lake, it uses up the oxygen.”

OLCS has attacked the problem on several fronts:

2) Successfully lobbying the Department of Fisheries & Aquaculture for a reduction in fish stocking numbers as well as ensuring only native species are stocked;

OLCS recently held a “show-and-tell” session to explain some of the science behind the last two items. Here are some interesting facts from that event: 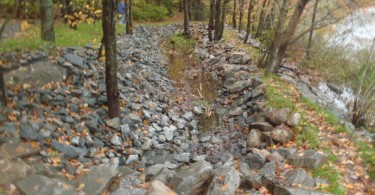 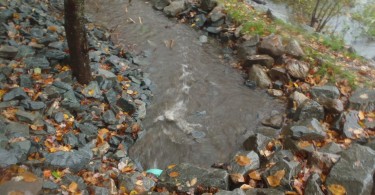 Now the water is diverted into the pond which mimics the natural environment where phosphorous and other harmful elements are filtered out by plants and soil. 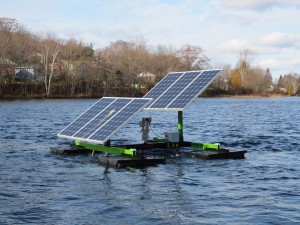 The solar-powered Aquago circulates the lake water during the day. The increased circulation facilitates the growth of green algae (not to be confused with the harmful blue-green algae!). The green algae produces oxygen that will help restore the health of Oathill Lake.

The Aquago has been used successfully in other lakes in Canada, although Oathill is the first lake east of Quebec to have one.

Within a few years, it is hope that the equilibrium of Oathill Lake will be restored, and the Aquago can be made available to help restore other lakes.

The rejuvenation of Oathill is a shining example of what can happen when concerned citizens, government and supporting partners work together to find and fund creative solutions.

The post Oathill Lake: A fragile eco-system on the rebound appeared first on Hello Dartmouth.