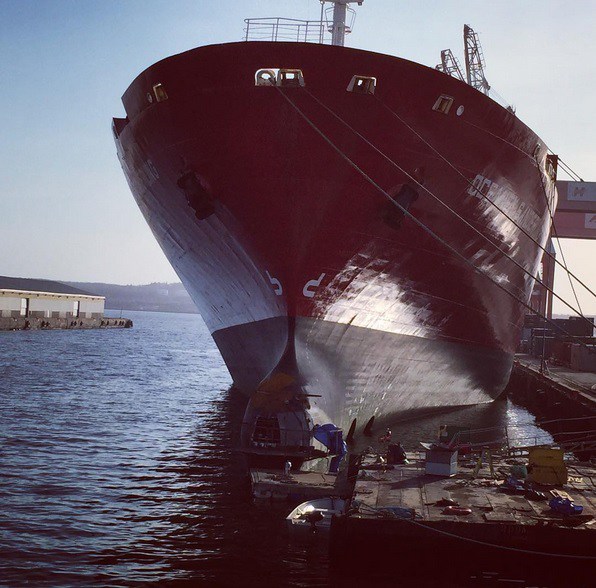 Oceanex has recently been having a rough go of it in the ice.  The other week, Oceanex Connaigra was sporting large dents in her bulbous bow after encountering ice. The same fate appears to have occurred to Oceanex Sanderling, who is currently tied up at pier 36, with new plating being installed on her bow.

given the limited extent of the damage, my guess is the ships struck Growlers, basically “small” chunks of ice floating floting south. While much smaller then a an Iceberg, they clearly can do alot of damage.