Here’s another contribution to our Halloween celebrations from guest blogger Eric. 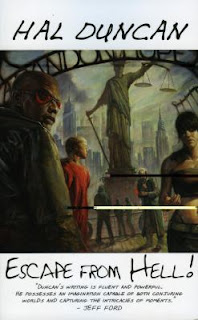 Few other settings inspire terror and dread as Hell does. Designated a pit where the worst of the worst are punished for all eternity, the epic battle between good and evil inevitably finds its way down.
Way down! 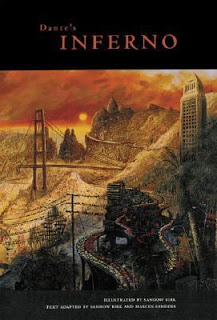 Angel: After the Fall – Joss Whedon

(Speaking of California as Hell!) Just as Buffy the Vampire Slayer ended on television and continued in comic book form, the spin-off show Angel ended just as Hell swallowed Los Angeles, and resumed in this multi-volume graphic novel. 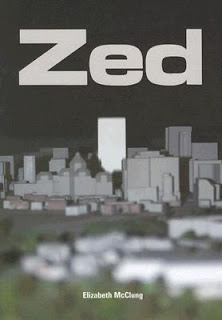 The first novel by this Canadian author tells the story of Zed, an orphaned girl who ekes out a livelihood in a building full of would-be-heroes and absolute villains. This is a darkly urban story, where good and evil blur together and the only way to survive is to stay in control.
Or for something less sinister…
The Five People You Meet in Hell: the unauthorized parody – Rich Pablum

Forget Mitch Albom’s The Five People You Meet in Heaven, give me the dark comedy! 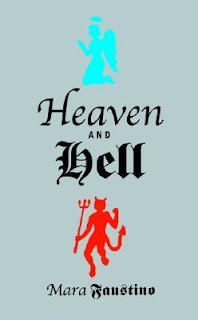 Who in Hell: a guide to the whole damned bunch – Sean Kelly

Part encyclopedia and part parody, this book examines the beings one might meet in Hell…from the obvious (Jack the Ripper – Murder) to the less well known (Vladimir Lenin – Adultery) to the purely demonic (Qedesh – Syrian goddess of Prostitution)!

Hell: an illustrated history of the nether world – Richard Craze

Go To Hell: a heated history of the underworld – Chuck Crisafulli
Heaven and Hell: a compulsively readable compendium of myth, legend, wisdom and wit for saints and sinner – Mara Faustino

These three titles are entertaining and educational looks at Hell, containing lore from all over the world…of course, all this knowledge won’t be particularly useful, once you’re there!