I’m calling it quits on October even if there are still three days left in the month. It’s been a busy one so I’m ready to move on and see what November brings.

I don’t usually like November… it’s a dark, dreary, cold month. Stuck between the golden colours on Fall and the excitement of Christmas. But this year, it’s different.

November is the month we will move into our new home. It’s this close, THIS CLOSE, to being finished and each day that passes see us getting more excited for move in day. 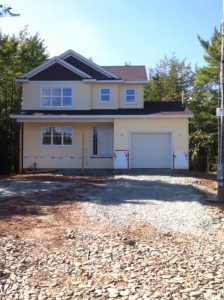 We’ve been living in turmoil since April. Once we knew we were moving across the province we needed to pack up some of our things to make the house show better and sell.

Then in July, we packed up the rest of our belongings and moved out.

We’re still living in a rental home (which I not-so-lovingly refer to as The Ghetto) and most of our stuff is still in boxes. But that’s probably a good thing since I will want to burn most of the stuff that’s been unpacked if it reminds me of the ghetto after we move.

Anywho… it’s been a busy and crazy month. Last weekend was the first one I spent at home in over a month. Between attending Blissdom 2014 earlier in the month and still working in Cape Breton for the Celtic Colours International Festival, I’ve put a lot of miles on me over the past month.

The good, no the GREAT, news is that the kids are adjusting well to their new schools and new friends. This has been a big relief for me and something I worried about since I knew we were moving. I’m so proud of them and how they have handled all the changes. They too are looking forward to settling in to the new house and new neighbourhood.

Meeting Charles the Butler at Blissdom (I love this guy): 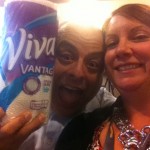 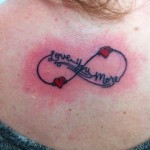 And a carefree afternoon with my youngest: 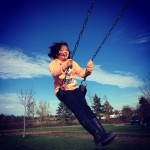 In case you were wondering, one thing hasn’t changed… I still love wine

Some things will never change.