L-A: I’m going to take a moment and get about as serious as we’ve gotten since Whitney and Adam Yauch died (God, 2012. You really know how to suck).

So, we had a thing on the Twitter earlier today. It all started with Ally linking to this article about a convention centre in the the local newspaper  (that we probably both have opinions on) because she thought this was a slammin’ outfit: 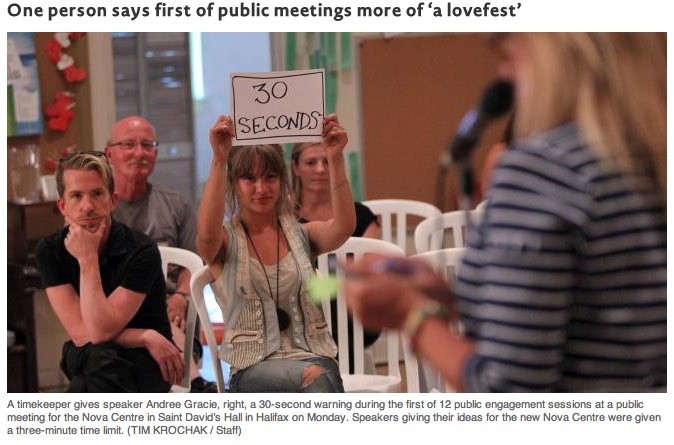 it is, indeed, a slammin’ outfit.

Things we have learned since posting the link to this story:

2. Apparently she also spoke at the public engagement session and is not just a timekeeper at the event.

3. People really don’t like it if you’re flippant about things they take very seriously.

4. People are totally cool with being flippant about the things you take seriously. (different people from point 3, but it’s all related by the time I’m done typing).

5. People may or may not send you cartoons to show you just how wrong you are. (To be fair, that Kate Beaton comic is totally spot on. But we don’t feel it applies to us. Not because we’re special…but…well…read on…)

But folks, let’s slow our roll a bit. Why? Because:

1. That is a slammin’ outfit. Just look at that vest! Where did she get it? Also, she is working the ripped jeans. Not everyone can do this. (Also, as I recently fried my own bangs with a flat iron, I appreciate her cute bangs). She deserves golf claps. Everyone who wears a cute outfit deserves golf claps.

2. We didn’t publish the damn article that doesn’t identify her or her role beyond participating as timekeeper.

3. It’s not like Ally wrote, “Dude says smart things, lady looks good in vest.” Nope. She commented only on the most excellent vest.

4. We have never, not ever, pretended to be anything more than a blog that enjoys fashion and pop culture. You want to talk smart political talk? Find another blog. Or call us to go out for wine after work and we’ll chit chat then. Ally may smear pasta sauce on her face, but she knows her shit.

5. I have the debate skillz of Cher Horowitz, so please, don’t engage me in debate. It reflects poorly on my actual thoughts. (I often crack under pressure). 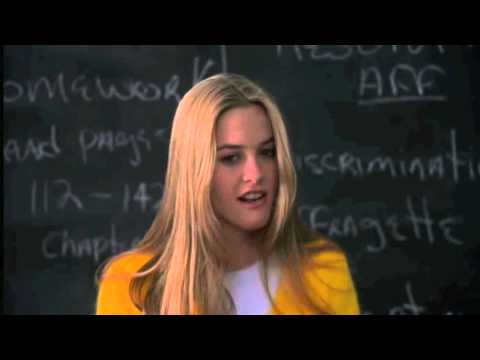 So, here’s the thing: we are civic minded and we are feminists. We have no problem saying that. We read the newspaper. We have thoughts. We don’t judge female politicians on their outfits, nor do we judge dude politicians on their ties or bad suits. Well, we might judge a little, but rarely on the blog and we don’t vote based on outfits. If you’re in office and you’ve got something important to say, we’re listening. We may not agree, but we are listening.

But if you’re pictured wearing a cute vest and we have no other frame of reference to judge you by? Then we will give you snaps for your cute vest. (We will probably give you a thumbs down if you are wearing an ill-advised vest, regardless of political affiliation).   And when we want to talk politics and civic engagement, we’ll start a different blog and we’ll tweet very different things. Until that day, you can expect a couple of things from us: fashion. pop culture.

And we promise not to get too uppity if you don’t agree with us. Some folks don’t get the #SethSpotting 2012. And that’s cool. It’s not important to them. But it’s hella fun for me, so I’m going to roll with it. 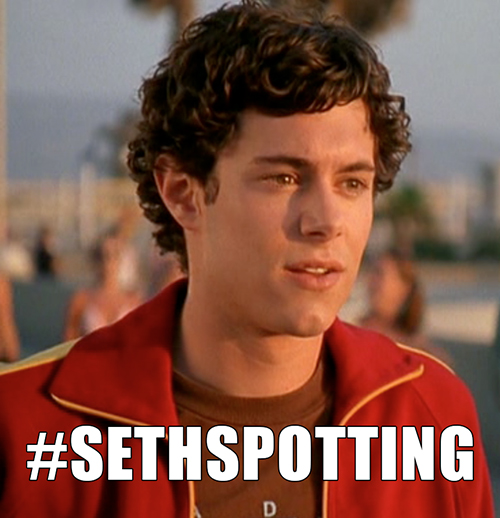 So with all that said: Rachel, where’d you get the vest?  I totally owe Ally a birthday present and I think she could work that look.

Ally: Yesterday was mortifying. My brain came close to exploding trying to explain why exactly a FASHION BLOGGER would have the AUDACITY to compliment someone’s OUTFIT in a photo that was published in my provincial newspaper.

If an Olympic medal would have been handed out yesterday for Outstanding Number of Head Tilts, I would be fake crying on the podium right now while my anthem of Billy Joel’s Uptown Girl blasted through the stadium. 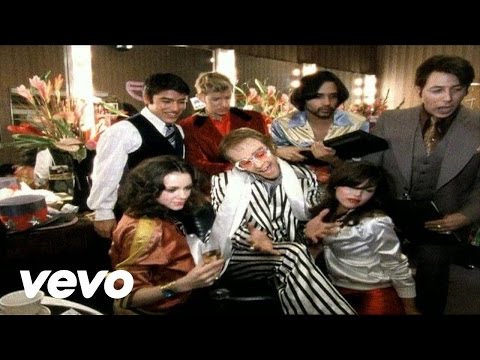 Which has me thinking that it might just be J-Timberlake’s best acting performance.How many people did I just offend right there?

To sum, guys? Our tagline is Unsolicited Advice on Fashion and Pop Culture.

The only other thing I have to add, besides that I sometimes find The Internets to be exhausting,  to this thoughtful post is that there was #SethSpotting 2012 in my suburbs yesterday. I was tempted to get out of my leggings and depart my home office in search of Cohen, but the bowl of ice cream I’d promised myself that afternoon won out.