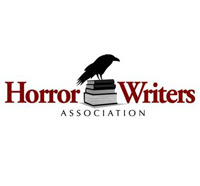 Each year, the Horror Writer’s Association presents the Bram Stoker Awards® for Superior Achievement, named in honor of Bram Stoker, author of the seminal horror work, Dracula.
The Bram Stoker Awards® were instituted immediately after the organization’s incorporation in 1987.
To ameliorate the competitive nature of any award system, the Bram Stoker Awards® are given “for superior achievement,” not for “best of the year,” and the rules are deliberately designed to make ties possible. The first awards were presented in 1988 (for works published in 1987) and they have been presented every year since. The award itself is an eight-inch replica of a fanciful haunted house, designed specifically for HWA by sculptor Steven Kirk. The door of the house opens to reveal a brass plaque engraved with the name of the winning work and its author.

Here are the superior titles which are currently available in the Halifax Public Libraries collection:

Superior Achievement in a FICTION COLLECTION

“In the crisply unnerving title story in her latest, masterfully honed collection of dark tales, Oates audaciously improvises on the rumor that Marilyn Monroe the subject of her novel Blonde (2000) was friends with Elizabeth Short, who was dubbed the Black Dahlia after her gruesome, unsolved 1947 murder. In I.D. and Deceit, Oates channels the inner frequencies of girls endangered by family violence. In The Good Samaritan, she lures us into a small world of depthless subtleties and sorrows as a lonely young composer becomes embroiled in the troubles of strangers. As commanding and definitive as her psychologically charged portraits are, Oates cannily leaves the denouements of her most intense and haunting tales open to interpretation. In several staggering tales, Oates maps the frozen hell of loveless marriages and unsought solitude as women experience hallucinogenic ruptures in reality while navigating an airport, a prison, and Rome, that fabled city of ghosts. With precision and force, the ever-mesmerizing Oates rips open the scrim of ordinariness to expose the chaos that undermines every human notion of control, reason, and sanctuary.” –  Booklist

Superior Achievement in a NOVEL

“India (“Imp”) Morgan Phelps attempts to write a memoir as a way of exorcising the ghosts of her past: her mother and grandmother, both suicides; the lover who left her; and, most important, a young woman named Eva who might be a mermaid or a feral woman raised by wolves. Struggling with her perceptions of the world as filtered through the lenses of her acute schizophrenia and obsessive-compulsive disorder, Imp writes and rewrites her story, doubling back on herself, digressing to add a pair of her own short stories, and liberally quoting poets, philosophers, playwrights, and musicians. VERDICT This novel by dark fantasy’s most quixotically brilliant writer (The Red Tree; Daughter of Hounds) blends urban gothic with magical realism. The result is a haunting and eerie tale of ghosts and madness. ” -Library Journal

“Zombies have run amok in YA lit, but the standard bearer remains Maberry’s straight-ahead, action-drama series that began with Rot & Ruin (2010) and Dust & Decay (2011). Number three mostly sets up the stakes for the fourth and final volume, but it does so with Maberry’s usual deft mix of inhumane humans and zombie tweaks, including newly developed fast zoms, zombie animals, and the ability for some of the dead to resist zombification. Here our gang of teen samurai trainees are split up but all heading to the mysterious and ominous Sanctuary and along the way encounter a fan-favorite character from one of Maberry’s adult series. Waiting for the full reveal in volume four won’t be easy.” – Booklist

Superior Achievement in an ANTHOLOGY

Shadow Show: an anthology of original short fiction by 26 authors, each of whom was inspired by the legendary work of Ray Bradbury (M)
edited by Mort Castle and Sam Weller

“It’s important to know the credentials of the editors of this wondrous anthology of short stories. Weller is the author of the authorized biography of Ray Bradbury, The Bradbury Chronicles: The Life of Ray Bradbury (2005), and Castle is a veteran short story writer and editor of On Writing Horror (2006), a helpful guide to publishing horror novels and short stories. Editorial interest and experience converge here to produce an exciting book. Twenty-six writers celebrate Bradbury through never-before-published short stories, and their offerings bear the acknowledgment that the inspiration for incident, tone, or effect derives from their respect and admiration for the ever-popular sf and fantasy writer products of Bradbury’s looming shadow, as Weller says in his introduction. In the cases of these enticing short works, then, Bradbury was each writer’s master. What is amazing is the range of authors. The roster includes distinguished writers both expected and not, among the latter, Alice Hoffman, Margaret Atwood, and Bonnie Jo Campbell. What is also amazing is the potential audience for this treasury, which would include lovers of short fiction regardless of any previous attraction to sf or fantasy” -Booklist