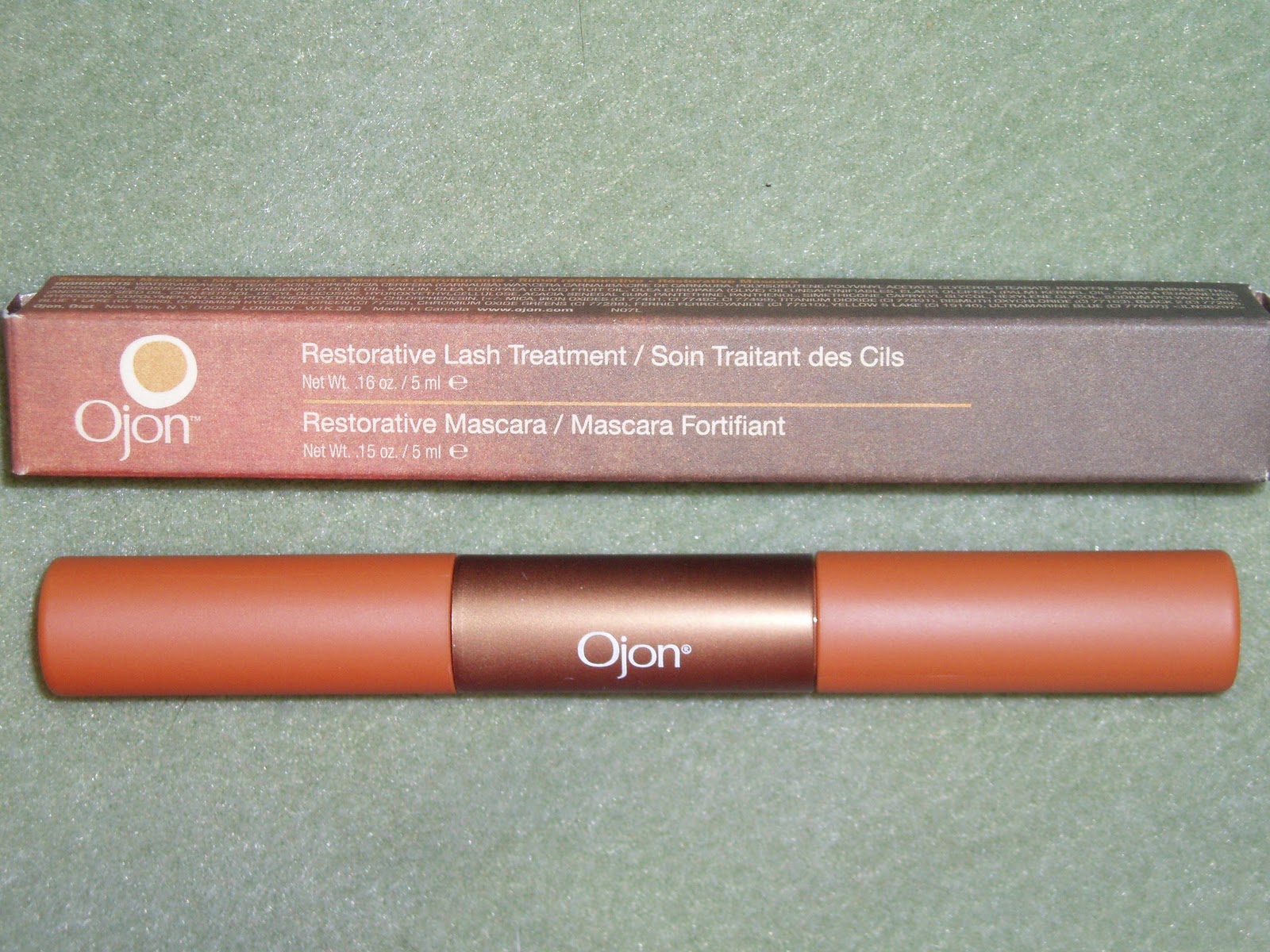 Holiday is over, isn’t it? I still have a few days on my vacation, but thought I should get back to regular posting, or I wouldn’t be able to later. 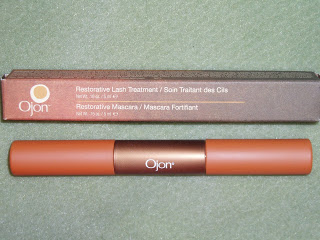 This is the review of Ojon Restorative Lash Treatment and Mascara, courtesy of The Shopping Channel.

As the name suggests, it is a dual ended tube which houses the lash treatment on one end and the mascara on the other. I always appreciate the concept of convenient 2-in-1 packaging, especially for travel. And can’t forget to mention that I’m a fan of the tube colours, easy to spot in a drawer full of dark coloured mascaras.

Infused with Ojon and Swa oils, the product is supposed to thicken and volumize your lashes.We have seen Ojon oil doing a good job in Ojon hair products and expect the same with the treatment and mascara. 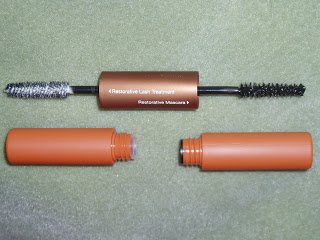 Here is what the brushes look like out of the tube.

On the left is the treatment – white on the brush but goes on clear on the lashes. On the right is the mascara, goes on black. It is not the darkest black I have seen but it does a decent job to blacken the lashes.

I used to disregard lash treatment/ primer before mascara, as I didn’t believe it would do anything. But as the truth strikes, my lashes need some boost in the curve department, I do think an extra step before mascara does help. 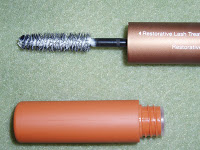 The brush on the treatment side looks like a typical twisting mascara brush, but a little thinner. The small size makes it easier to get closer to the lash line to make sure I can coat my lashes evenly with the treatment without being too thick on the lashes.

The brush gives enough amount of product for lashes on both eyes. No double dipping means less bubbles getting in the tube. Sure is a plus. 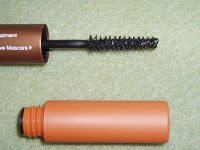 The mascara brush is interesting as it is shorter and a lot thinner. It looks almost bare in some angles. As mentioned above, the colour is not an intense black, so it would not look black enough without the lash treatment, I found. It wears well, and stay on well.

When I tried to remove the mascara, however, the smear of it on the cotton pad was darker than a few black mascaras I have. So in short, the mascara works well with the lash treatment underneath. I would not recommend using it by itself.

Eye shots: On your right are my lashes with the products and on the left are without.

With this pic, you can see the lashes did keep the curls on my lashes near the outer corner. My lashes near the inner corner are short, so they aren’t very visible. Again, a darker black would help.

With the eyes closed, the thickening effect of the mascara is there but there is still room for improvement.

Speaking about its restorative effect (as in the product name), I did see less fall-outs on my lashes, which was always a good thing as I don’t have thick lashes to begin with. I like the fact that the mascara could keep the curls on my lashes a little better but would hope for more intensity in the colour. Also, a thicker brush on the mascara would help too. An extra step with the treatment is worth it, I do believe that now. And removing the product is as easy as with any other mascara.

Ojon Restorative Lash Treatment and Mascara (.15oz/ 5ml) is available on The Shopping Channel for CAD22.The link above is directly to the product, not an affiliate link.