Another one of our early tweets is a Halifact that’s very fitting for our historical, coastal city.

The Sambro Island Lighthouse (just off the coast from Crystal Crescent Beach) is the oldest lighthouse not only in Canada, but in all of North America. 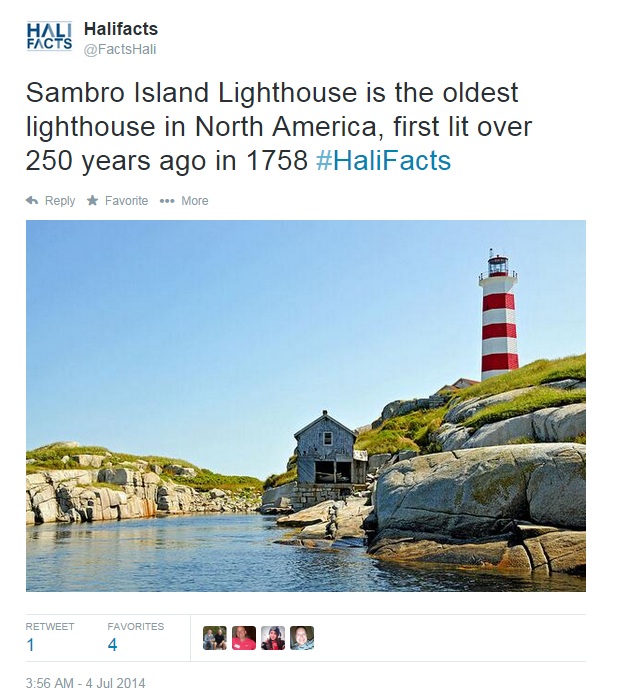 Wow — such old, much historical.

The old beacon was built in on the rocky shore of Sambro Island during the Seven Years’ War in 1758.

The massive lighthouse lens that was used for a long time until the 1960s is now on display at the Maritime Museum of the Atlantic (which, is a must-go if you like our region’s coastal history).