May 25th – June 3rd is Bike Week here in Halifax – actually 10 days?, a perfect time to promote and encourage the use of bicycles. So in support of this important initiative, here are a few recent bicycle related books from our collection – to hopefully inspire even more Halagonians to take up cycling. 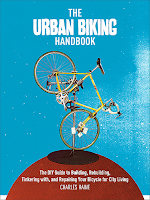 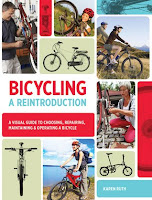 Bicycling: a reintroduction: a visual guide (M)
by Karen Ruth
Interest in commuting (gas prices), health and fitness (boomers retiring), and environmental concerns (zero emissions) are converging to make bicycling a subject area of continued high growth. This book is designed as an introduction to bicycling, and features current information along with professional quality step-by-step and identification photos. 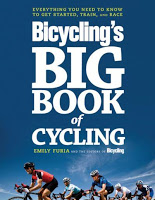 The Big Book of Bicycling : everything you need to know, from buying your first bike to riding your best, (M)
edited by Emily Furia
Bicyling Magazine’s senior editor Emily Furia and her colleagues have gathered the latest, most useful information on getting started, buying gear, maintaining both road and mountain bikes, training for speed, racing techniques, understanding the rules of the road, and much more. This evergreen book is an invaluable resource for any cyclist who wants to ride their best.

Eat, Sleep, Ride : how I braved bears, badlands, and big breakfasts in my quest to cycle the Tour Divide, (M)
by Paul Howard
Armed with wit and humour, an internationally acclaimed cycling writer tackles the longest mountain bike race in the world. For Paul Howard, who has ridden the entire Tour de France route during the race itself — setting off at 4 am each day to avoid being caught by the pros — riding an adventure cycling race should hold little fear. Still, this isn’t just any mountain-bike race. This is the Tour Divide.

Hell on Two Wheels : an astonishing story of suffering, triumph, and the most extreme endurance race in the world, (M)
by Amy Snyder
Three-time Ironman finisher Amy Snyder takes the wraps off the best kept secret in the sports world, the Race Across America (RAAM), a bicycle race like no other. Unlike its famous cousin the Tour de France, RAAM is much crazier, more gothic, and even savage: once the gun goes off the clock doesn’t stop, and the first rider to complete the prescribed 3,000-mile route is the victor. In Hell on Two Wheels , Snyder follows a group of athletes before, during, and after the 2009 RAAM, the closest and most controversial race in the event’s 30-year history.

Metal Cowboy : ten years further down the road less pedaled (M)
by Joe Kurmaskie
Joe Kurmaskie is an unforgettable, ebullient, inspiring, bighearted storyteller. His love for bicycles, and for humanity, is infectious. Metal Cowboy will bring a smile to the face (and adrenaline to the bloodstream) of anyone who has ever ridden a bicycle.

Racing Through the Dark : the rise and fall of David Millar, (M)
by David Millar
Once tipped to be the next English-speaking Tour winner, David Millar’s promising career was almost ruined when he succumbed to the temptation of performance-enhancing drugs. Now clean and reflective, David holds nothing back in this account of his dark years.

On Bicycles : 50 ways the new bike culture can change your life (http://discover.halifaxpubliclibraries.ca/?q=title:%22on%20bicycles%22walker)
https://haligonia.ca/on-bicycles-50-ways-the-new-bike-culture-can-change-your-life-http-discover-halifaxpubliclibraries-ca-q-title-22on-20bicycles-22walker-61170/