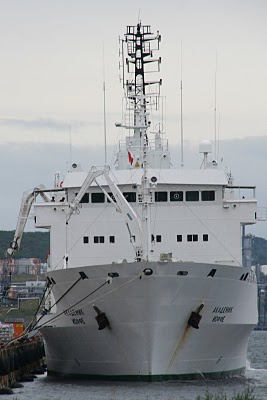 The world media as of late have been covering the story of Russian Icebreaker Akademik Shokalskiy which has been beset by ice since December 24.

It should be noted that Akademik has operated their vessel Akademik Ioffe in the Canadian Arctic in the past.

One Ocean Expeditions Has applied for a coasting trade license for the Akademik Ioffe to offer arctic cruises between July and September. they advertise a trip to the ice edge in Davis Straight.

This is not to say that the icebreaker will get stuck, or to imply that Akademik runs a shoddy outfit. just to say to it could happen.

On Stuck icebreakers in the Antarctic.
https://haligonia.ca/on-stuck-icebreakers-in-the-antarctic-87530/