Last weekend, a powwow took place on the Halifax Commons. Last year, I attended the powwow both as a volunteer and as an enthusiastic onlooker. Due to schedule restrictions on my part, I wasn’t able to volunteer this year, but I did find some time on the weekend to go to the Commons and soak in as much of the dancing, music and costumes as I could. I was as captivated by the sights and sounds of this year’s event as I was last year. 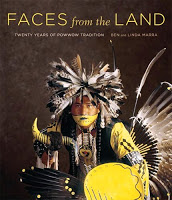 The powwow dancers come from all over Canada and the United States. There is a great variety in the costumes, based on the different competition categories (jingle, fancy, traditional, etc.). A great book to keep you on the powwow trail now that the event is over is Faces from the Land: twenty years of powwow tradition by Ben and Linda Marra. This husband and wife team has been documenting powwows since 1988 and their book, which is something of a coffee table book, features more than a hundred photos of powwow dancers from across North America, each accompanied by a small write-up about the person in the photo. 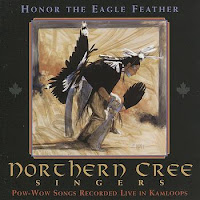 To continue with the powwow theme, the library has a number of CDs of powwow music. These CDs will keep the beat of the powwow with you long after the teepees on the Commons have come down.

Since I’m already talking about Native culture, I thought it would be timely to note Halifax Regional School Board’s recent decision to remove Edward Cornwallis’ name from Cornwallis Junior High. In 1749, Edward Cornwallis issued a bounty for the life of every Mi’kmaq man, woman and child in Nova Scotia, thus fueling this unanimous decision by the school board. Whether you agree or disagree with their decision, if this issue has ignited an interest in you to learn more about the subject, a good book to check out is Daniel N. Pauls’ We Were Not the Savages.

We Were Not the Savages, most recently revised in 2006, is a detailed and academic book, so definitely not light reading. It focuses on the Mi’kmaq perspective of “the collision between European and Native American civilizations” and is well-worth a read if you want to brush up on your Nova Scotia history. Or perhaps you’re already familiar with the history, but want another perspective, different from the one you might have learned in school.

Since there are a number of other Halifax landmarks bearing the Cornwallis name, I have to wonder if the school board’s decision could just be the first in a series of changes to come.

On the Powwow Trail
https://haligonia.ca/on-the-powwow-trail-40095/