So back in November, I was innocently perusing Facebook when I discovered there was a pre-sale on One Direction concert tickets in Toronto in August 2014.

No, not for me… for my daughters.

How excited would they be to get these tickets for Christmas? I impulsively bought four tickets and started planning a summer vacation to Toronto.

Fast forward to Christmas Day. I waited to give the girls the tickets until most of the family was around so that they could share in their joy.

I made a puzzle out of the sentence, “We are going to One Direction in Toronto in August.”

In no time, the girls figured out that we were heading to a 1D concert. While my 8 year old ran wildly around the house screaming with excitement… my 10 year old was “meh.” Needless to say, I had mixed emotions about the whole ordeal… a secret I had kept for 6 weeks seemed to land somewhere between going to the mall and heading to a water park. Not the reactions I anticipated.

Fast forward to reality (aka January)… we are going to Toronto in March. My husband’s parents just moved there so we are visiting them and the city for the first time since their move. And I just planned another trip to TO for a concert… for a time when the in-laws won’t be there (they have a cottage here on the East Coast). Now mix in hubby’s MANCATION… and subtract a vacation for MAMA. What do you get?

Marital discourse. A depressed ME!

Add to the mix, a rotten winter with hundreds of centimetres of snow (it’s not even the end of January), family members who are booking vacations and want us to come along too… and you get a very unhappy ME!!!! 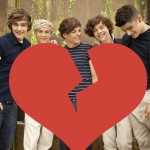 So I conferenced with hubby and our daughters and decided that the second trip to Toronto (even to see 1D) wasn’t as enticing as a week in Mexico. We love sand and sun and surf!

I put the tickets on Kijiji and in less than 12 hours the tickets were sold to another mother who was excited to surprise her daughters with a concert (she lives closer to TO than we do) and we were surfing the web for vacay deals.

So what do you think? Am I a bad mother? Would you trade a concert for a week on the beach?

One Direction Made Me a Bad Mother
https://haligonia.ca/one-direction-made-me-a-bad-mother-88149/