To begin Operation Cutlass Fury, the participating forces performed a sailpast as they put to sea. The 2 supply ships sailed earlier this morning, and the 2 submarines at Shearwater are due to depart this afternoon. I missed the Lead Ship, A CPF. She was followed by USS BULKELEY 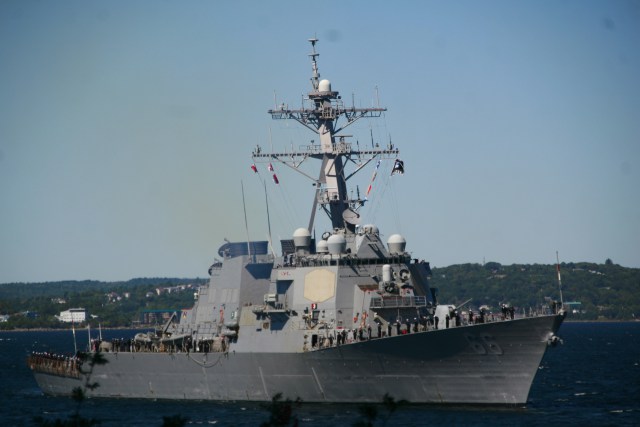 USS GONZALEZ (Above) and (below) HMS MONMOUTH 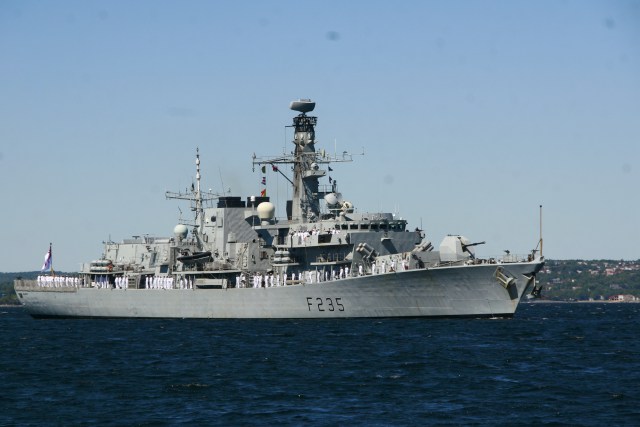 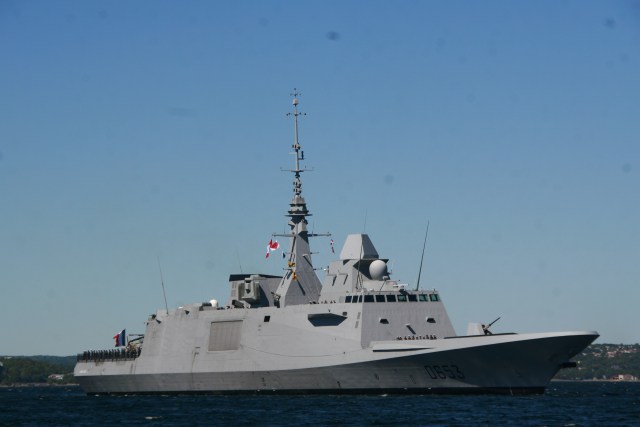 The French FREMM class frigate (above)FS LANGEUDOC is one of the Newest warships, where as the Canadian Tribal HMCS Athabaskan (below) is literally the oldest. 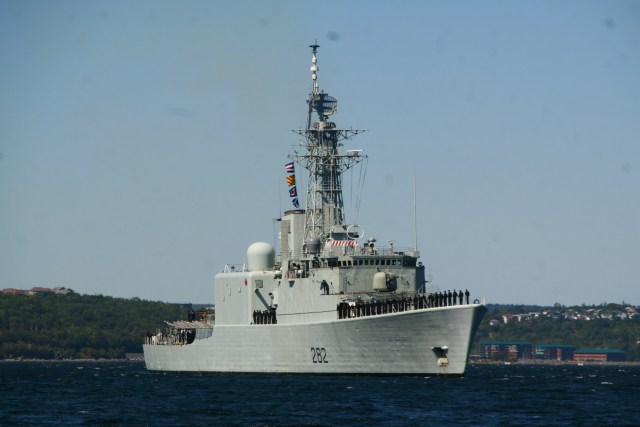 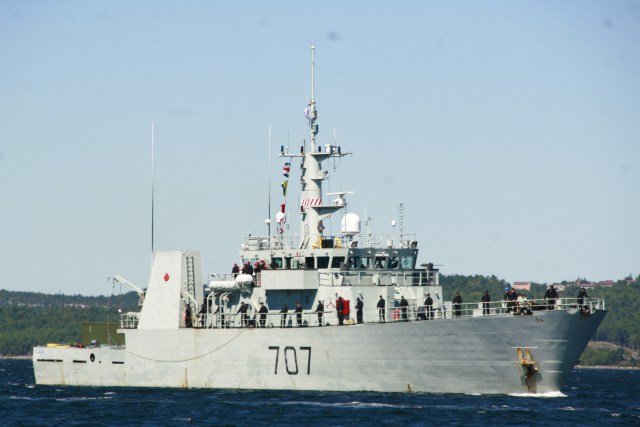 Joining the parade, but not part of the Exercises are Maritime Coastal defense Vessels Goose Bay (above) and Summerside (below) 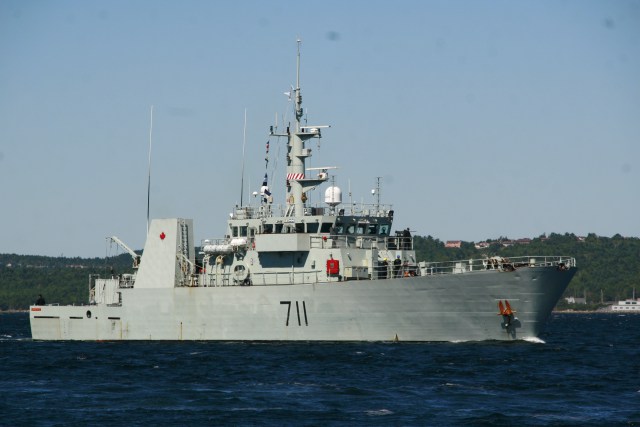 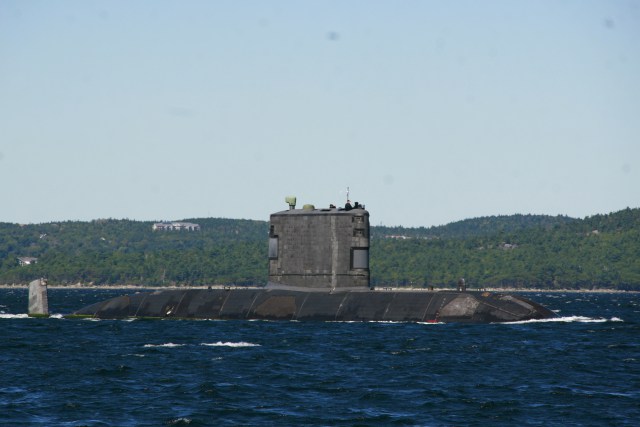 Bringing up the Rear was HMCS Windsor. Also Notable was the New Cyclone overflying with 2 seakings. 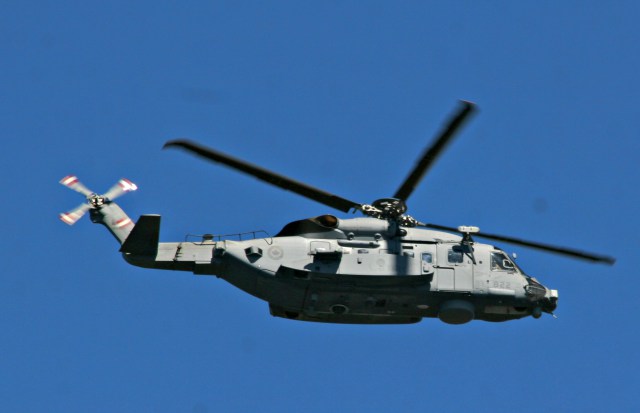