Here they are, folks… the “big category” Oscar nominations for 2009. There’s a few surprises, but for the most part everything seems to have come together as predicted. Here’s the list of nominated actors and films, and my predictions:

I think Slumdog is a shoe-in, especially considering its competition. Second favourite, for me, is Milk, followed by Frost/Nixon, The Reader, and the old man baby movie.

Wall-E will win, unless hell freezes over.

I think Waltz with Bashir will win. I’m a bit peeved that Let the Right One In wasn’t nominated. Or The Band’s Visit. Both amazing.

I think it’s a race between Slumdog and Doubt. I’m frankly surprised that The Reader was nominated for Best Picture, and not Doubt.

IN BRUGES! YES! Such a fun, smart, sad, moving film. I hope it wins… but I’m thinking Milk or Happy Go Lucky might take it.

It’s Danny Boyle’s year… finally getting the recognition he deserves after being snubbed for so long.

Everyone thinks that Kate Winslet (won the Golden Globe–but for the best SUPPORTING actress award [this is for The Reader not American Beauty II: The 1950s Were Serious]) is due for a win, here, but I’m not so sure. Anne Hathaway or Meryl Streep (tied for the award at the Critics Choice Awards) might actually take this. Be prepared for some glaring from Angelina Jolie, who overacted her way through Changling.

SO many great actors here. If Heath Ledger doesn’t win, I think it would be some sort of weird taboo. Josh Brolin was fantastic in Milk, and deserves the nod. This is RDJ’s second nomination, and although I don’t think he will win, I’m happy he was recognized.

I really have no clue here… of all of these ladies, I think Viola Davis actually gave the most heartfelt performance (Doubt). But, who knows… maybe Amy Adams? 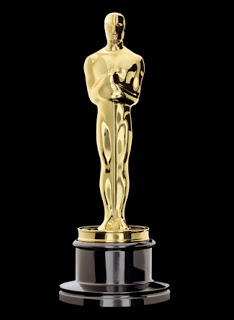 So there you go… now, we’ll just have to wait and see the technical nominations. If you disagree with me, tell me! I haven’t seen all of these movies, so some of my predictions are just calculated guesses. Was anyone snubbed that you think should have been nominated? There’s a lot of people who think The Dark Knight should have been nominated for Best Picture and that Christopher Nolan should have gotten a Best Director nomination… other notable films missing Gran Torino and The Wrestler (deserved a Best Picture nod, I think)… what do you think?

The other awards have made it online, and you can read them here. There are two categories I am pretty happy about:

THAT’S RIGHT, W. HERZOG! You rule! Although I LOVED Encounters, I think Man on Wire will take it, as it should… sheer awesomeness.

EAT IT, HANNAH MONTANA. I cannot believe that M.I.A. is nominated for an Oscar! Too amazing! I wonder if she’ll perform, as she is pretty preggers at the moment. Kind of sad that The Boss didn’t score a nod for the Wrestler, nor Clint Eastwood for Gran Torino. Ah well… too stoked for M.I.A.!