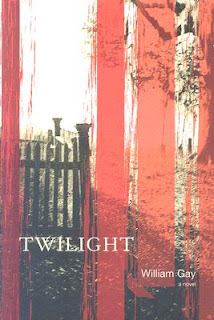 People are still reading and asking about Twilight – the first volume in the immensely popular teenage vampire romance series by Stephenie Meyer. But you know what else is popular? Apparently, naming your book Twilight. I was searching the catalogue for this title the other day, and here’s just a few of the other Twilight’s I came across:

Twilight by Meg Cabot: teen romance about a high school who can talk to the dead and is in love with a ghost. Number 6 in a series called Mediator.

Twilight by Brendan DuBois: Military thriller set in New York State. UN Peacekeepers are sent to investigate war crimes after a terrorist attack and it’s aftermath are the catalyst for a civil war.

Twilight : a novel by William Gay: “A Southern gothic novel about an undertaker who won’t let the dead rest. With his poetic, haunting prose, William Gay rewrites the rules of the gothic fairy tale while exploring the classic Southern themes of good and evil.”–Publisher description. 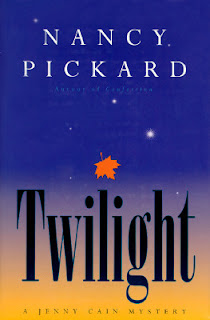 Twilight : a novel by Katherine Mosby: “award-winning novelist and poet Katherine Mosby weaves the unforgettable story of a woman’s sexual and political awakening, in Paris, on the verge of World War II.” –From the library catalogue

Twilight : a Jenny Cain mystery by Nancy Pickard: 10th in a mystery series featuring a smart, imaginative PI who by day is the director of a charitable organization. This installment sees Jenny assaulted on all sides by problems that threaten a festival she is attempting to organize.

Twilight by Elie Wiesel: novel by the Nobel Prize winning author. Story of a Holocaust survivor, living with his memories and with guilt. Library Journal called it a “brilliant and powerful interweaving of past and present, dream and vision, fantasy and reality…”