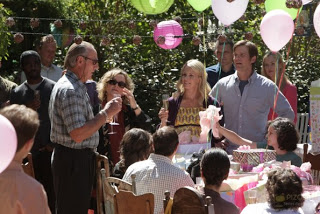 There’s really no such thing (for me, anyway) as a bad episode of Parenthood. Even a relatively uneventful episode like Tuesday night’s, in which a lot of conflicts were resolved, is just an hour of great TV. So let’s talk about what went on with the Bravermans this week.

After asking Zoey, the coffee cart girl, for her baby last week, Julia was naturally feeling awkward at work. Julia knowing that she’d totally lost her mind was the only thing that kept this story from being cringe-inducing. Julia wasn’t being entitled and insensitive, she was just desperate and that made her much more sympathetic. Luckily, Zoey seemed to get that and extended an olive branch. Or in this case, a latte.

She told Julia the reason she’d said no was because she wants a closed adoption, which anyone can understand. I’m not sure if this is the end of the storyline, or if Zoey will have a change of heart. I do hope Julia and Joel get a baby at some point this season, though.

Great, great scenes between Lauren Graham and Mae Whitman this week. Their relationship has been through a lot since Amber went off the rails last season, and Sarah’s been having such a tough time with Amber moving out on her own. She’s been a bit clingy and you could tell she just wanted to feel needed. The scene where Sarah showed up to Amber’s job at a coffeeshop during a busy time, wanting to give her her mail, was a perfect example of Sarah not being able to really let go.

So when Amber heard a noise in the middle of the night and freaked, it made it even sweeter that she called her mom to come over. Oh, Amber. That’s what you get for renting a warehouse as a home. It came with rats. I’m pretty sure I could watch those two freak out, with Amber clinging to Sarah like some kind of spider monkey, over and over again. And there was a really nice, simple moment when Sarah talked to her own mom about letting your kids go.

There was no Jason Ritter this week, but I hope we get to see more of Sarah and Mark’s relationship soon. 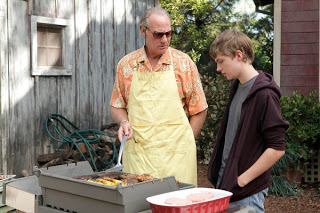 Hey, remember Sarah’s other kid? That boy called Drew? He showed up this week! I really liked his storyline with Zeek, since it provided lighthearted fun that balanced out some of the more serious stuff. Despite all of Zeek’s advice on how Drew should ask out the cute girl from down the street, Drew was SO nervous. It was sweet and felt very realistic. I feel like there’s a bit of Matty Saracen (from Friday Night Lights) in Drew that will really come out if we get to see him more.

Poor Jabbar has a wheat allergy! Sorry kid, that’s gonna be a thorn in your side. I loved how skeptical Crosby was of this diagnosis, probably just because he could totally sense a vibe between Jasmine and the dreamy doctor. This was a smaller storyline, but I liked how well it highlighted the transition into co-parenting that Jasmine and Crosby are going through.

This was definitely an episode comprised mostly of small, touching moments, and another great one was Kristina’s “talk” with Crosby. She was concerned about Adam going into business with his less than reliable brother, and rightly so. Like she said, she has a daughter about to go to college, a son with special needs, and a baby on the way. They have a lot going on, so “don’t screw this up”. That was all she said, because then she had to pee. It was great.

The best moment of this episode, though, was definitely when Adam reached out to Alex and then acted on his behalf. After the concerns Adam and Kristina had about Haddie dating Alex, they could have reacted very differently to the news that Alex had a criminal record and had punched one of Haddie’s classmates. But they know Alex now, and they also knew that Haddie herself had played a role in what happened.

When Adam went to speak to the parents who were pressing charges against Alex, it could have been too much of a 7th Heaven, cheesy moment. But instead it was just sweet and genuine. You could tell how highly Adam thinks of Alex. And I was glad he brought up the underage drinking at the party, because I felt like that was an important piece of the puzzle that these parents had been overlooking. Adam’s teenage daughter had been served a lot of alcohol in their home, and Alex showed up sober, trying to bring her home safely. That was important. 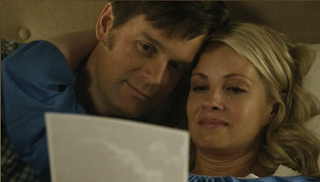 And finally, one last incredibly touching moment from the episode – Adam and Kristina finding out that they’re having a girl. Apparently this meant a lesser chance that their baby could have Asperger’s, and it was so moving to watch them sort of process that information. The baby could still have Asperger’s, and as Kristina said she’ll love it anyway, but it’s natural for them to be concerned.

Other little moments I loved, from an episode comprised entirely of them: