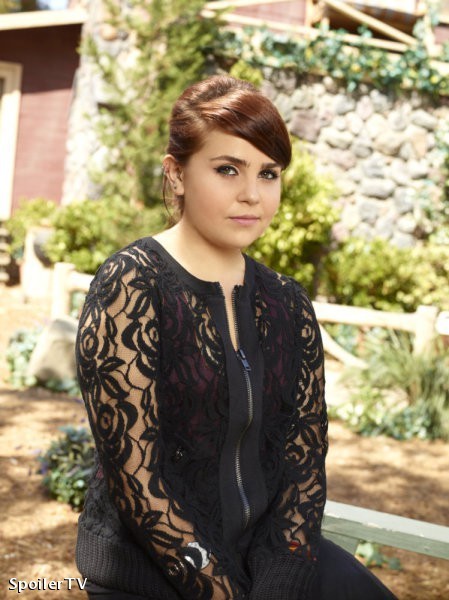 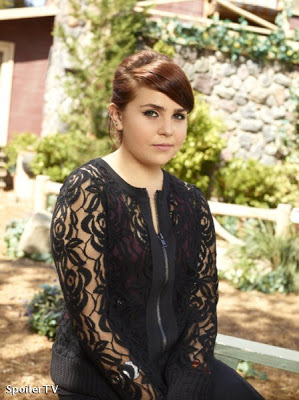 Yay! An Amber episode! I don’t know about you guys, but Amber Holt has always been one of my favorite characters on Parenthood. We’ve seen her blossom over the course of the past season and a half, and the good news of her awesomesauce SAT scores in last night’s episode felt like the perfect development for her character. (I loved the opening scene where the whole family was trying to find out her scores behind her back.)
What was really beautiful about the storyline was that it didn’t trivialize Amber’s character. The show has not gone “Oh look, Amber’s not troubled anymore!” Instead, Amber’s high test score explored a very vulnerable side to her character and exposed her self-esteem issues. When Sarah set up an interview for Amber with a successful Berkeley grad, Amber turned it down. At first it looked like she was just being lazy or immature, but she was actually scared. One of the most touching scenes was between Amber and Adam, when he told her not to be afraid of putting herself out there and failing. I like when characters who don’t normally interact much get scenes together, and seeing Amber get advice from her successful uncle was really sweet.
Amber ended up doing well in the interview and revealed to her mom that it had helped her realize that she is capable of being around smart, successful people, and that she herself can be a smart and successful person. I’ve said more than once that what I love about Parenthood is how realistic it is, and this felt like one of those down to earth storylines. Who hasn’t felt inferior or self-doubting at some point? Plus Mae Whitman is just such a great actress, so I loved it.
Meanwhile, romance is brewing between Haddie and Alex. We know that Haddie’s grandmother is OK with it, but how will Adam and Kristina react to all the time she’s spending with an older guy who happens to be a  recovering alcoholic? Still, they make a cute couple and I think he’s made Haddie a more likable character.
The storyline about Crosby and Joel directing a school play was pretty funny. Joel was just so stiff, and Crosby is just so cool. You had to feel bad for Joel, though. No one wants to be told that the play they’re directing is painfully boring, even if it is for 6-year-olds. The storyline was a great way to lighten up the episode because the other two storylines were pretty heavy.
Kristina had to deal with an awkward situation at Max’s school when she found out that he was one of only a few kids not invited to a little girl’s birthday party. She was especially hurt because the teacher had said Max and the little girl got along really well. It turned out, though, that the little girl didn’t want Max to attend because he’s a sore loser and there would be games at her party. What I liked about this subplot was that Kristina seemed more upset by the snub than Max did, and isn’t that how things like this usually go? No one wants their kid to be left out. Kristina dealt with it well, I thought. She might have embarrassed herself by pushing a little too hard with the girl’s mom, but I think her idea of having Max and the girl have a playdate with Max’s behavioral therapist was a good one. Max got to work on his issues and Kristina seemed to make a new friend. Everyone won. 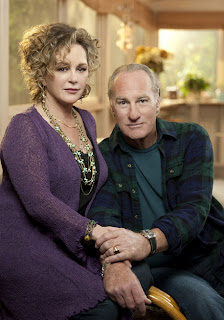 No one won in Zeek and Camille’s storyline. You knew this reconciliation wouldn’t be smooth sailing forever, but I’m putting the blame on Camille here. By attending an art class taught by the man she’d slept with she was hurting Zeek. And he told her that. And just like he said, she was the one pushing him to talk about feelings. You can’t ask someone to express their emotions and then disregard them. It was selfish of Camille to stay in that class. It’s just like when Camille asked Zeek to take dance classes with her and then bailed when he was actually having fun. Reconciliation is a two-way street! Their marriage will never last if she doesn’t acknowledge how he’s changed. That said, all the slamming of objects in that final scene was not great behavior on Zeek’s part. But still. I’m blaming Camille.
What did you think of the episode? Were you as happy for Amber as I was? Are you mad at Zeek, Camille or both? And most importantly…will Crosby’s musical win a Tony?