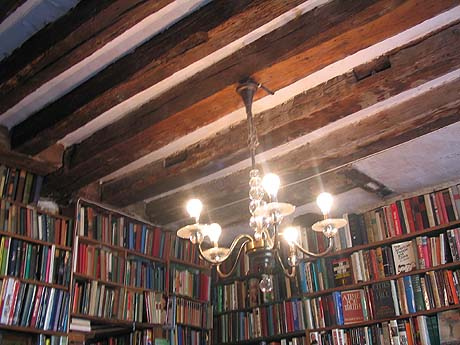 A Parisian luminary passed away this month. George Whitman was 98 and he died in the apartment above his treasured bookstore, Shakespeare and Company. You can read more about him, here and here.( I encourage you to have a read about him) An eccentric man who LOVED books and writers, he was one of a kind!
The original Shakespeare and Company bookstore, was opened by Sylvia Beach in 1919 (She published Ulysees,by James Joyce) It was a popular hangout for writers including Hemmingway. When the Nazis occupied Paris, she had to close it.  George’s original nbookstore was called Mistral but on Shakespeare’s 400th anniversary he renamed it Shakespeare and Compny with Sylvia’s blessing. 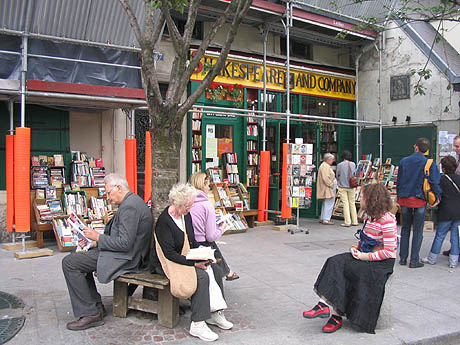 Throughout the store are beds that writers can use for a night or more as they pass through the city. The only requirement is to do a bit of work and read a book a day! Many now well known authors used to hangout here and talk literature with George and whoever else was about. Henry Miller, Anaïs Nin, and the Beat Generation icons William Burroughs, Gregory Corso and Allen Ginsberg. There are signed first editions of many important novels hidden away here. 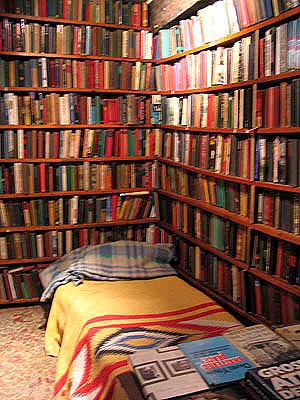 When I visited Paris a few years ago, I brought a copy of my cookbook which I really wanted to place in his store. It was a romantic notion of mine. George was quite intrigued and had a great chat with me about Nova Scotia! Turns out he had a friend  who lived in Digby. His friend also had written a book so George gifted me with it! So extraordinary,  I brought a book from Nova Scotia for him, and he gave me a book from Nova Scotia!:) I was then invited to one of his Sunday tea parties which sadly I had to miss. The story doesn’t end here….
I wanted to buy a book from his shop before I left and settled in to find one. I found a cover that intrigued me,  I then read the blurb, which grabbed me and I decided to purchase it. Once it was mine I had a deeper look and astonishingly, the story in that novel takes place in Halifax, Nova Scotia! It is called the Museum Guard. I enjoyed immensely. How strange life can be! 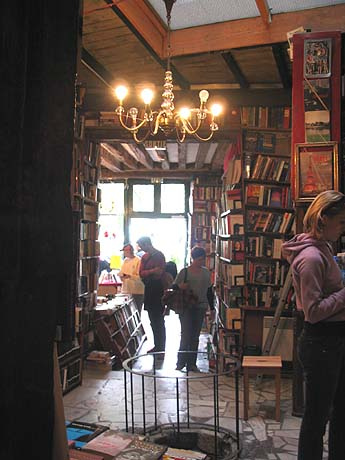 George’s only child, a daughter who he fathered at age 69 now owns and runs the store. Her name is Sylvia Beach Whitman. That is her with the pink beads.It is a wonderful quirky place just across from Notre Dame Cathedral on Rue de Bucherie. 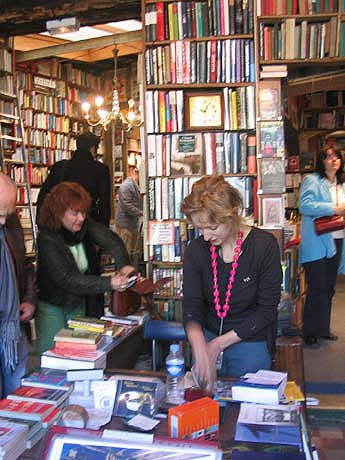 A reminder….I am sharing people’s favourite blogposts on my birthday post coming up January 8, so if you have a link to a favourite blog post of yours that you would like to share here, drop me a line. duffettfolkart@yahoo.ca 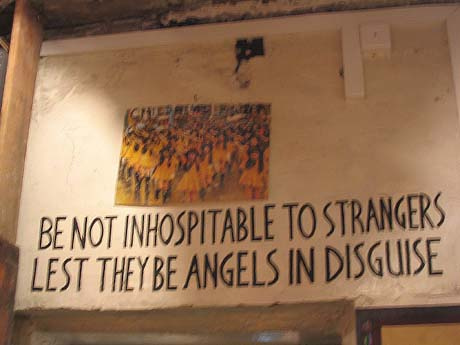