Hello! My name is Cristina and I blog over at I Say Nomato, a site where all the recipes are free from nightshades. I’m so excited to be here! Today I’m sharing a recipe for a hot and hearty Parsnip and Celeriac Soup. 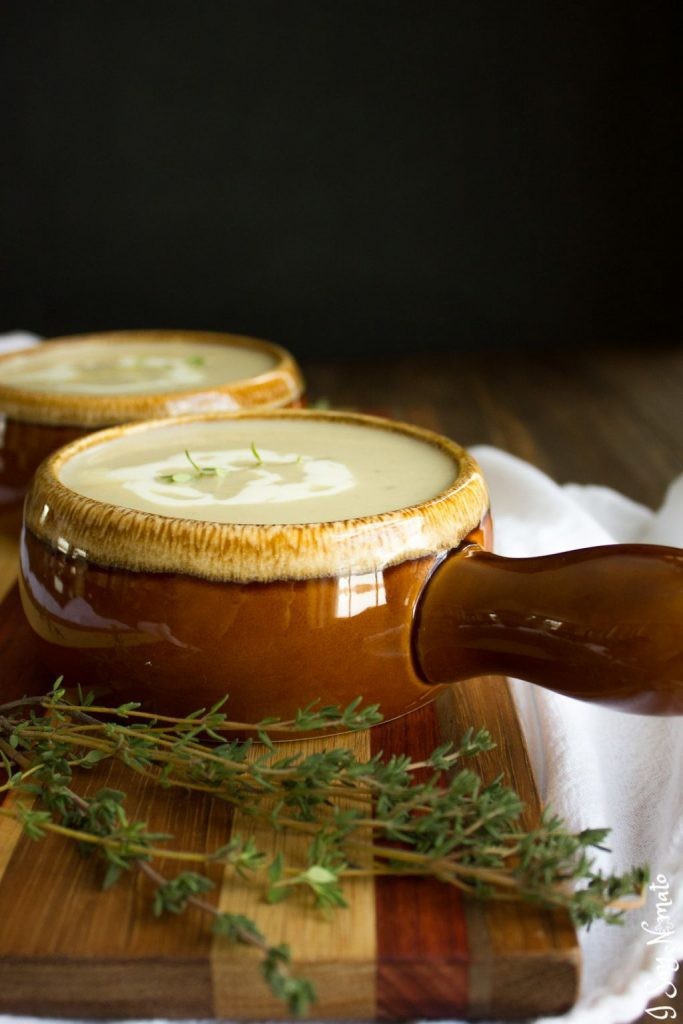 Nightshades are vegetables in the family solanacae: potatoes, tomatoes, peppers and eggplant.

There are many reasons to eat Nightshade-free, but most are for anti-inflammatory reasons. People who have arthritis find that eliminating nightshades from their diet helps ease their pain and swelling. Some people who follow a Low FODMAP diet also eat few nightshades, as well as those who are following the Auto-Immune Protocol (AIP), or some versions of the paleo diet. In our house, it’s the sensitivity to the glycoalkaloid solanine that’s the issue.

My husband (who I refer to as Mr Nomato in the blog) was on medication for his severe and constant migraines for years. Once we eliminated nightshades, he didn’t have to take them anymore! We noticed a difference almost instantly (and unfortunately, notice an immediate difference if he accidentally eats some).

Finding nightshade free recipes was a big problem. Not just that, but most of the processed food we used to eat was an issue. Many orange or yellow processed foods such as cheddar cheese and mustard use paprika, a pepper, for colour and taste. Potato starch is frequently used for filler, and is often found in bread, or shredded cheese.

As a result of a sensitivity to nightshades, we make most of our food from scratch, using fresh ingredients. My goal is to use as many local foods as possible when we cook, which is so easy to do in Nova Scotia!

Even in the dead of winter, you can still find lots of fresh, local food to make into something delicious. Lately I’ve been on quite a bit of a soup kick. The best way to warm yourself up is from the inside out with something hot and hearty!

That’s where this amazing Parsnip and Celeriac Soup recipe comes in! 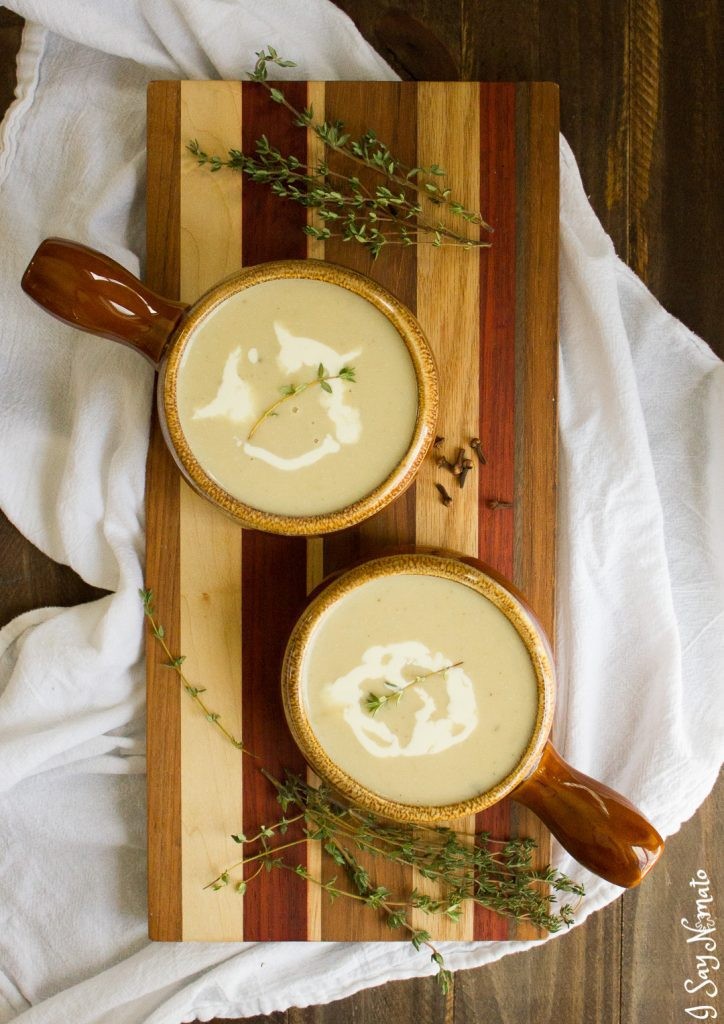 While parsnip is fairly common, celeriac is less well known. It’s also known as ‘celery root’, and is just that – the root of a celery plant. It looks a little strange and knobbly, but once roasted it has a deliciously nutty flavour. Like my recipe for garlic scape pesto, it’s a great way to use the whole plant! 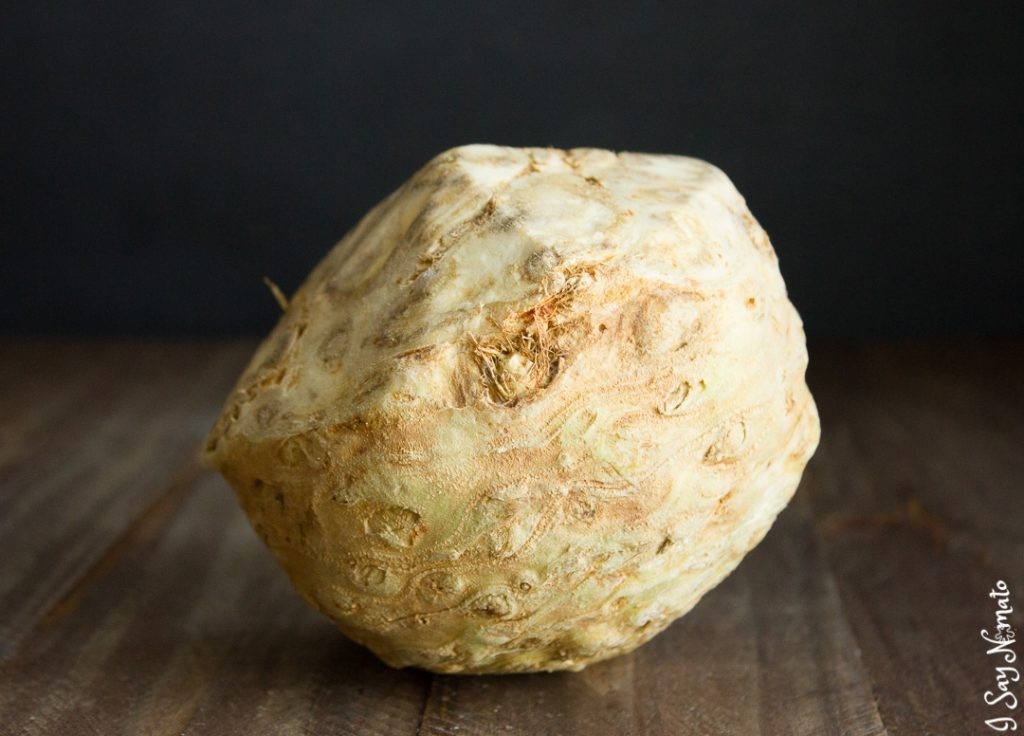 Celeriac looks like an alien egg. There, I said it. [photo credit: Cristina, I Say Nomato] 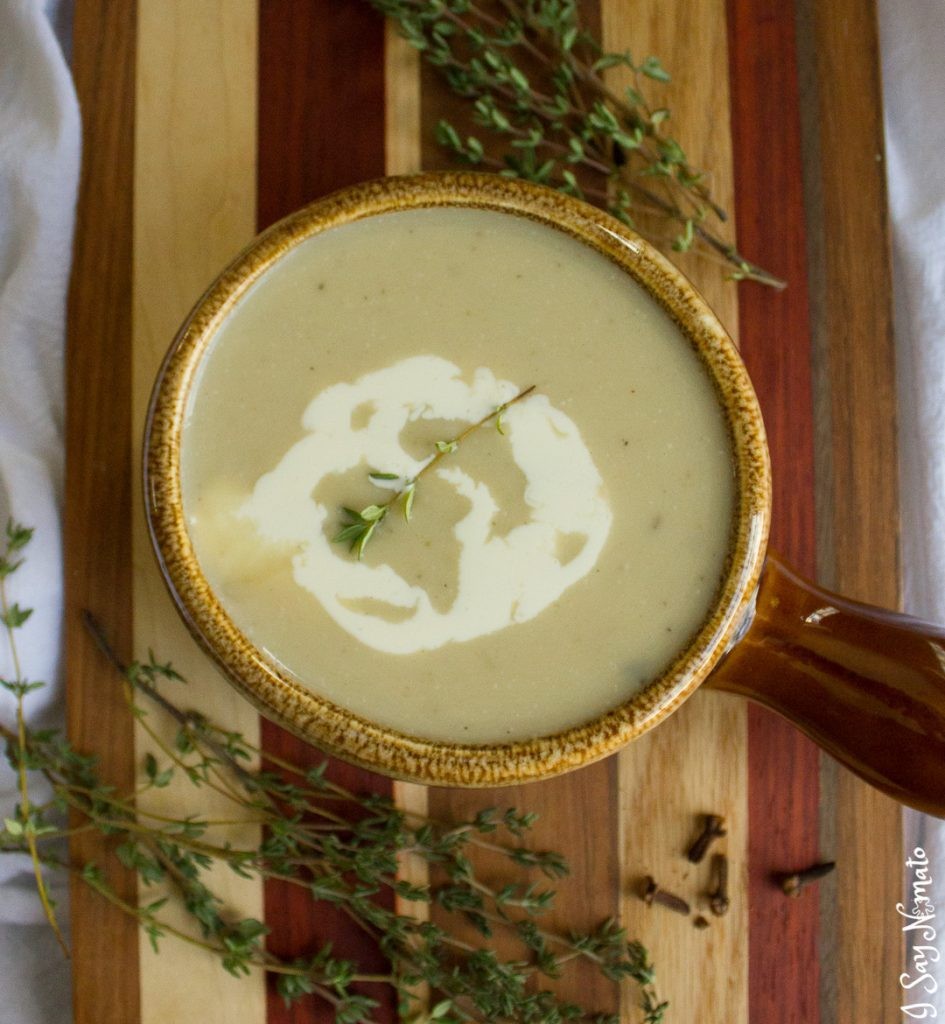 This hot and hearty soup featuring Nova Scotia winter vegetables will be sure to warm you up!

Note: this soup will keep for two or three days in the refrigerator, but does NOT freeze well. The parsnip becomes bitter.

Click here to find out more about nightshades on I Say Nomato!

I Say Nomato specializes in food from scratch, but I also have many other delicious soup recipes, local food recipes, and since I have a deep and abiding love for all things sweet, a ton of decadent dessert recipes!

Parsnip and Celeriac Soup // Guest post from Cristina at I Say Nomato
https://haligonia.ca/parsnip-and-celeriac-soup-guest-post-from-cristina-at-i-say-nomato-182581/