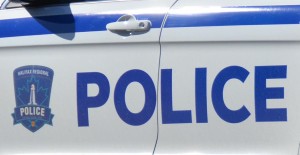 District RCMP and Halifax Regional Police – Partners in Policing – charged 31 drivers with Impaired Operation of a Motor Vehicle during the month of February. Four of these were charged with Operating a Motor Vehicle while Impaired by a Drug.  In addition, 17 people were issued driving suspensions for operating a motor vehicle while having consumed alcohol.

Nine of these drivers were identified by police at motor vehicle collisions, 26 impaired drivers at traffic stops and four at police check points. 911 calls received from the public concerned for road safety contributed to the apprehension of 34 impaired drivers.

Driving while under the influence of alcohol and/or drugs puts everyone in danger. In December 2009, MADD Canada and the Province of Nova Scotia launched Campaign 911 which encourages people to call police with information on suspected impaired drivers. Partners in Policing continue to be encouraged by the number of citizens helping to play a role in community safety. If you have information on a drunk driver, please call 911.