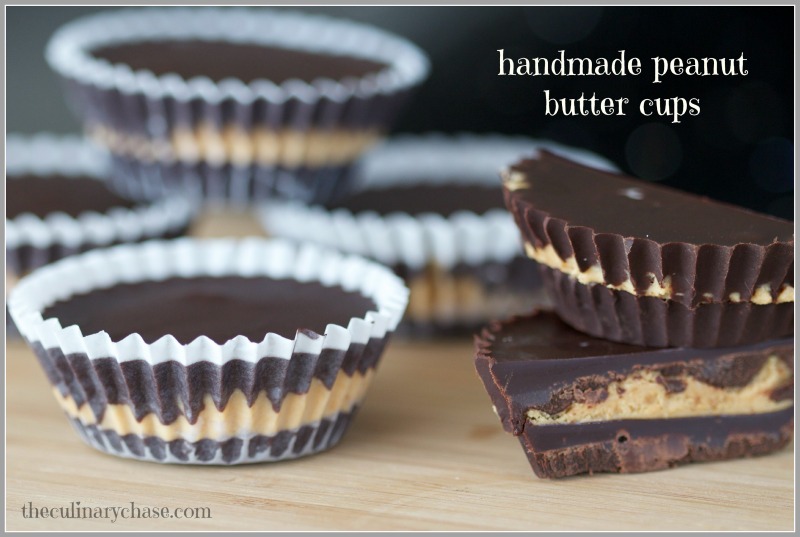 When I was little, I wasn’t a huge fan of candy. Mom always had her candy drawer fully stocked but I was never that enticed to ‘snatch’ something from it – unless it was red licorice.

Every Christmas mom would have boxes of Ganong chocolates that would get distributed throughout the holiday season.  I would try to see which chocolate I could eat based on the diagram on the box.  If it looked like a mushy center or alcohol based, I would avoid it like the plague.  And, I would take a small corner bite just to make sure it was the one.  If it wasn’t, I would neatly place it back in the wrapper!  I can distinctly remember checking my Christmas stocking for goodies and hoping I wouldn’t find any ribbon candy in it…I know they were pretty and nostalgic-looking but that was it.  I would use it as a bartering tool later on with my other siblings (sorry mom).  Nothing much has changed since then.  I’ve long since moved away from milk chocolate (eww) and favor dark chocolate.  Visit Women’s Health Magazine for 9 health benefits of eating dark chocolate (at least 70 percent cacao).

Fill a muffin tin with 12 cupcake liners. Melt half the chocolate either in a double boiler. Distribute melted chocolate between the cupcake liners by barely filling the bottom of each. I found that using a tablespoon helped. If the chocolate does not lie flat, drop the pan repeatedly on the counter until it is flatten and smooth. Place the pan in the freezer for 15 minutes. 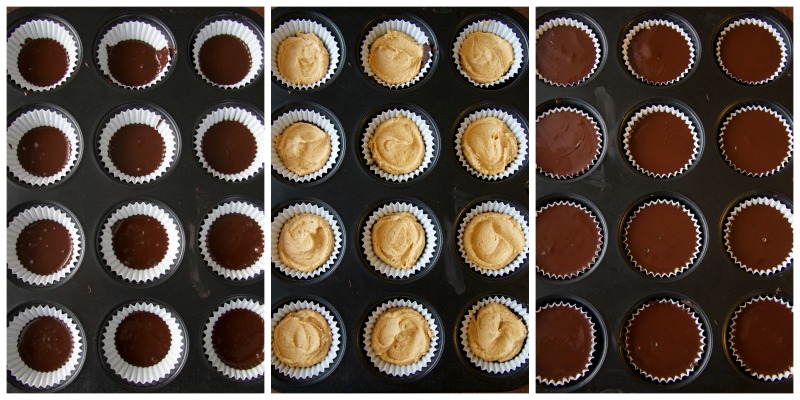 Meanwhile, using a hand mixer whip the peanut butter, butter, and icing sugar together until light in color. At this point, do a taste test to make sure the sweetness is to your liking. Place small tablespoons of peanut butter into each cup, then drop the pan repeatedly on the counter again, so the peanut butter layer is flattened out. Place in the freezer for 15 minutes.

The Culinary Chase’s Note: Once you make your own, it will be difficult to go back to a commercial form. Keep the peanut butter cups in the fridge otherwise the filling will be too soft if left out at room temperature of any length of time. I’ll make these again but using less chocolate on the bottom and top…my gauge was a bit off making the top too thick but not too thick to enjoy.  My husband is not a fan of peanut butter but when he tried this, he was hooked.  Enjoy!