Both Pearl S. Buck and Anchee Min have written about the strength of Chinese Women.

In her novel Letter from Peking, Buck wrote, “It is the strength that centuries have given them, the strength of the unwanted.” Her words open Pearl of China by Anchee Min. 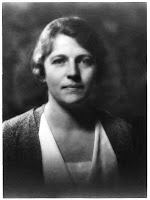 Pearl Buck, though born in the United States, grew up in China in the early part of the twentieth century. In this novel her story is told through Willow Yee, an imagined Chinese girl who is playmate, confidante and companion. Buck, born Pearl Sydenstricker, was the daughter of American missionaries. She grew up amongst Chinese children speaking their language and living their culture. She went on to win the Pulitzer prize for fiction in 1932 for The Good Earth and the Nobel Prize for Literature in 1938. In her writing, Buck wished to be a voice for Chinese peasants whose stories had never before been heard in the western world.

Min’s Pearl was a lively, intelligent, inquisitive child who was precociously skeptical about her missionary father’s work. She dressed like a Chinese girl, covering her blond curls in a knitted black cap. Pearl and Willow developed a friendship which was to last throughout their lives. It was a troubled time to be a foreign missionary in China. The Boxer Uprising and later the Communist Revolution imperiled their lives and ultimately led to Pearl leaving China forever. Pearl made a unfortunate marriage. It was ideal in that it enabled her to return to China. Lossing was a man, much like her father, who had a singleness of purpose which did not leave much room for family life. The marriage could not sustain the stress their disabled daughter brought to their lives. Pearl found relief and solace through her writing.

I was particularly interested in Willow’s story. Willow’s life was every bit as dramatic as Pearl’s, yet it is teasingly told. It is ironic that given Buck’s desire to tell ordinary Chinese stories, this one was somewhat neglected. Willow, as a small child, became a thief out of hunger and desperation. Her association with the Pearl and her family turned her life around. When Pearl left to be educated in America, Willow’s life took a desperate turn as she was married against her will to an opium addict. Pearl returns and Willow was able to put this part of her life behind her and married someone deeply involved in the communist movement.

Burying the Bones: Pearl Buck in China by Hilary Spurling tells the actual story of Buck’s Chinese childhood. “This is a thrilling portrait of the extraordinary childhood of Pearl Buck, the now-forgotten bestselling Nobel Prize winning novelist. Pearl Buck was raised in China by her American parents, Presbyterian missionaries from Virginia. Blonde and blue-eyed she looked startlingly foreign, but felt as at home as her Chinese companions. She ran free on the grave-littered grasslands behind her house, often stumbling across the tiny bones of baby girls who had been suffocated at birth. Buck’s father was a terrifying figure, with a maniacal zeal for religious conversion – a passion rarely shared by the local communities he targeted. He drained the family’s budget for his Chinese translation of the New Testament, while his aggrieved, long-suffering wife did her utmost to create a homely environment for her children, several of whom died tragically young. Pearl Buck would eventually rise to eminence in America as a bestselling author, but in this startlingly original biography, Spurling recounts with elegance and great insight her unspeakable upbringing in a China that was virtually unknown to the West.” – publisher.

For another look at female friendship in China try Snowflower and the Secret Fan by Lisa See. “In nineteenth-century China, in a remote Hunan county, a girl named Lily, at the tender age of seven, is paired with a laotong, “old same,” in an emotional match that will last a lifetime. The laotong, Snow Flower, introduces herself by sending Lily a silk fan on which she’s painted a poem in nu shu, a unique language that Chinese women created in order to communicate in secret, away from the influence of men. As the years pass, Lily and Snow Flower send messages on fans, compose stories on handkerchiefs, reaching out of isolation to share their hopes, dreams, and accomplishments. Together, they endure the agony of foot-binding, and reflect upon their arranged marriages, shared loneliness, and the joys and tragedies of motherhood. The two find solace, developing a bond that keeps their spirits alive. But when a misunderstanding arises, their deep friendship suddenly threatens to tear apart.” – publisher.