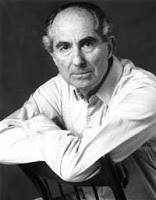 Philip Roth has won the 2011 Man Booker Prize for his overall contribution to literature.

Born in 1933 in New Jersey, Roth has had an enduring and most successful literary career. He has been nominated for and has won many literary awards including the 1997 Pulitzer Prize for American Pastoral.

“As the American century draws to an uneasy close, Philip Roth gives us a novel of unqualified greatness that is an elegy for all our century’s promises of prosperity, civic order, and domestic bliss. Roth’s protagonist is Swede Levov, a legendary athlete at his Newark high school, who grows up in the booming postwar years to marry a former Miss New Jersey, inherit his father’s glove factory, and move into a stone house in the idyllic hamlet of Old Rimrock. And then one day in 1968, Swede’s beautiful American luck deserts him. For Swede’s adored daughter, Merry, has grown from a loving, quick-witted girl into a sullen, fanatical teenager—a teenager capable of an outlandishly savage act of political terrorism. And overnight Swede is wrenched out of the longer-for American pastoral and into the indigenous American berserk. Compulsively readable, propelled by sorrow, rage, and a deep compassion for its characters, this is Roth’s masterpiece. ” – publisher

One of Roth’s well known creations is Nathan Zuckerman, who is thought to be Roth’s literary alter ego. Zuckerman first appeared in his 1979’s The Ghost Writer and most recently in Exit Ghost. Zuckerman is an ambitious young writer feeling somewhat confined by his own community. The Zuckerman books explore the relationship that exists between an author and his books. Roth’s themes also include American Jewish life, parental relationships and broad social and political issues.

This year’s Man Booker Prize is not without controversy. One judge withdrew herself from the panel with objections that his books are too similar and he was not of the same caliber as the other nominees. An article in The Telegraph links this judge’s condemnation of the decision with an overall perception that Roth’s works have been considered misogynistic. It’s this columnist’s position that he is being recognized for decades of consistently fine writing, whether or not the reader finds the opinions palatable. The dissenting judge is planning to outline her position fully in The Guardian on Saturday May 21st.