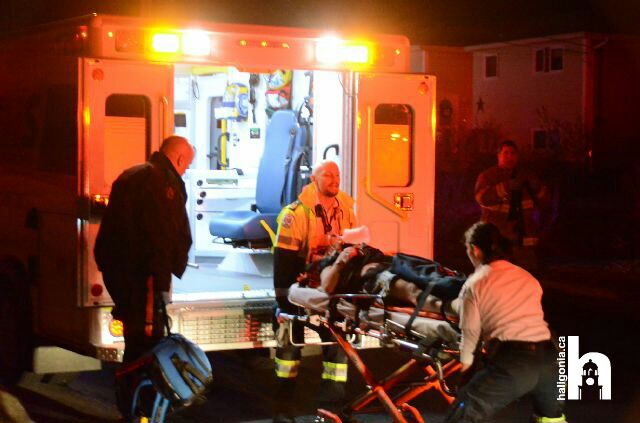 Cole Harbour Shooting – From Leeland Lawson
November 30, 2014 Cole Harbour, Nova Scotia….Police are currently investigating a shooting that took place Sunday evening in Cole Harbour.
At approximately 7 p.m., RCMP, with assistance from Halifax Regional Police, responded to a complaint of a shooting on Arklow Drive, Cole Harbour.  Preliminary investigation revealed that four males wearing bandannas forced themselves into a residence and fired shots.
Three victims, two men and one woman, were transported to hospital; two with serious injuries.
A short time later, police surrounded a house on Caldwell Road and two males, an adult and a youth, surrendered and were taken into custody.
Members of the General Investigation Section of the Integrated Criminal Investigation Division are on scene and are in early stages of the investigation.
Investigators are asking anyone with information on these shootings to come forward to their local RCMP detachment, Halifax Regional Police or by contacting the Nova Scotia Crime Stoppers at 1-800-222-TIPS (8477), text TIP202 + your message to ‘CRIMES’ (274637) or by Secure Web Tips at www.crimestoppers.ns.ca. Calls to Crime Stoppers are not taped or traced and if police make an arrest and lay charges based on a tip, callers qualify for a cash reward from $50 -$2000.
Source: Release