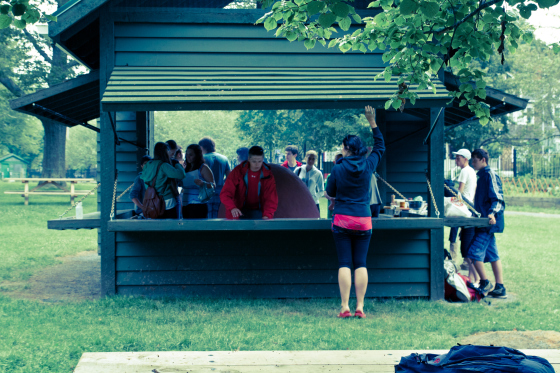 In my foodie dreams, there exist a green space where warm summer evenings can be spent cooking food outside.  A shared space, where friends gather and cook together. While others relax on blankets.

Well. Guess what? This place exists. In real life. For serious. And it’s called the Park Avenue Community Oven (PACO) in Dartmouth.

First opening in the summer of 2012, the wood-fired cob oven is made of clay and sand, nestled amongst old trees in the Leighton Dillman Park section of the Dartmouth Common (off Park Avenue) and a stone throw away from the dartmouth commons community gardens. 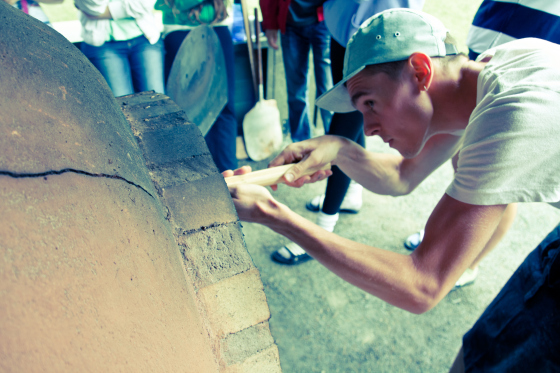 The oven is protected by an impressive shelter, where awnings open up revealing 33 feet of stainless steel countertops. The shelter roof also directs rain water into two rain barrels that can be used as a washing station. 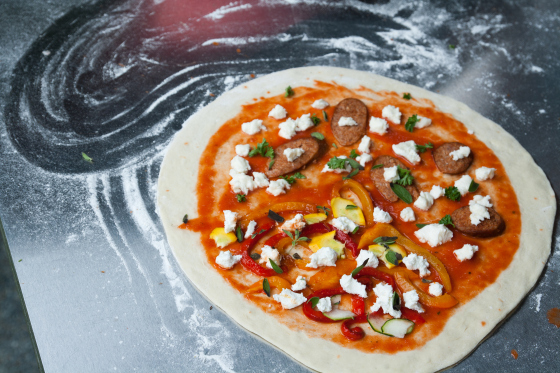 On this particularily drizzly afternoon, the space was being used by a group of 15 teenagers and pizza was on the menu. The oven had been lit by oven volunteer, Tim, a few hours earlier, giving time for it to heat up to between 800° and 1 000° C. Perfect Pizza cooking temps.

The teens and I had the pleasure of being guiintroduced to woodfire oven cooking by Dan Vorstermans. Chef at Morris East. Where he’s been known to make a pizza or two. 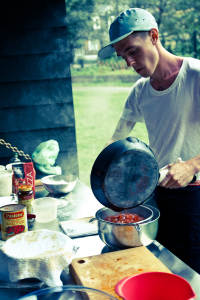 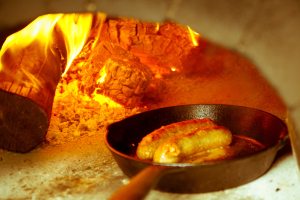 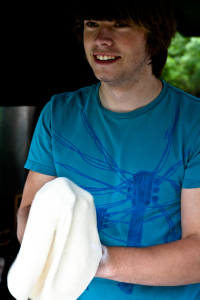 So we got to work. Rolling out dough. Tomatoes in the cast iron. Roasting peppers. Cookin up sausage. Crumbling cheese…

In no time really, we were enjoying the piping hot Pizza! 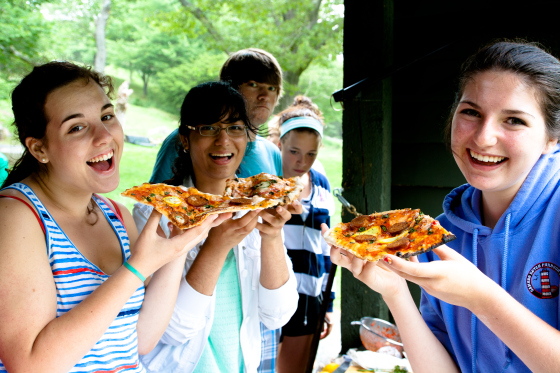 And there’s more than just pizza. As the oven cools, you can cook all sorts of treats including, breads, enchiladas, roasted veggies. This summer, there are biweekly workshops at the oven, where local chefs are demonstrating all that you can do. Up Next: Woodfired Desserts…I hear baked Alaska is on the menu. You can sign up here

The oven is open every Saturday starting at 12pm. Other times for groups are possible, just send them an email. The PACO group is also seeking dedicated volunteers interested in learning how to fire the oven and support PACO by helping to host community events. Interested? Give them a shout.