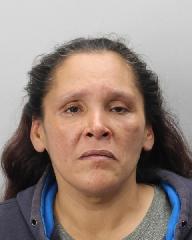 UPDATE: Brooks has been located safely.

She was last seen on June 22nd at the IWK Children’s Hospital.

Brooks is described as, 5’8”, 180 pounds having a light brown complexion, and is in the late stages of pregnancy. There is no clothing description at this time.

There is no information to suggest that Brooks has met with foul play, however, police are concerned for her well being. Officers request that Madeline, or anyone with information on her whereabouts call Halifax Regional Police at 902-490-5016.