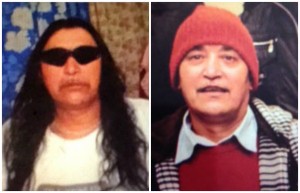 Sixty-four-year-old Kaji Bhujel was last seen leaving a residence on Plateau Crescent in Halifax on April 18 at 11 a.m. when he went out for his daily walk and did not return.

There is no information to suggest that Kaji has met with foul play, however, police are concerned for his well-being. Investigators have requested the assistance of Halifax Regional Search & Rescue to search the area surrounding Kaji’s residence in an effort to locate him.