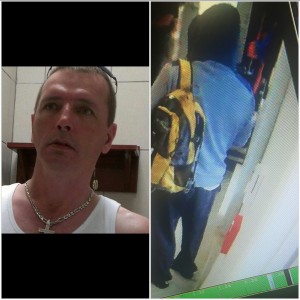 He has been found

Halifax District RCMP are currently investigating a complaint of a missing 52-year-old male.  Sunday evening, the RCMP received a call that Roger Hussey was last seen  around 4:00 PM Sunday afternoon in the salvage yard of Scotia Auto Salvage on Dutch Settlement Rd, Lantz, Nova Scotia.  He was there with a friend who was searching for auto parts and when the friend was ready to leave, Mr. Hussey could not be located.

He is described as a 52 year old white male, wearing dark pants and a light blue coloured jacket with grey sleeves and a dark coloured hood.  He was also carrying a yellow and black back pack.

Anyone with information on the whereabouts of Mr. Hussey is asked to call Halifax District RCMP at (902) 490-5020.