Police in Kings County have charged two people for offences related to counterfeit currency in the area. 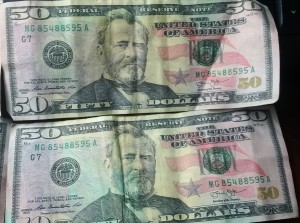 Between January 17 and January 25, a bank in Middleton and four Kings County business reported receiving counterfeit American $10, $20, and $50-dollar bills in the course of conducting business. Police officers of the Valley Integrated Street Crime Enforcement Unit (SCEU) investigated the incidents and arrested the suspects on January 30.

Both individuals were held in custody following their arrests and are appearing in Kentville Provincial Court today.

Police are releasing photos of the currency to the public. The serial numbers on currency of each denomination is the same. Anyone in the area who handles currency in the course of their business or work is alerted to be on the lookout for this currency and should they come into contact with it, to report it to police. If you unknowingly accept counterfeit currency as legal tender, you cannot be reimbursed. 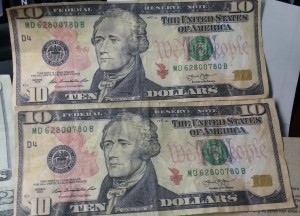