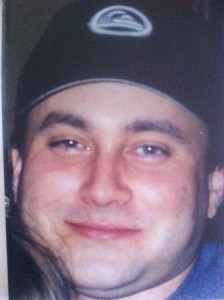 Today marks the 10th anniversary of the murder of Glenn Brian Bourgeois and homi­cide investigators in the Special Invest­igation Section of the Integrated Crimin­al Investigation Div­ision continue to in­vestigate the case.

At approximately 4 p.m. on July 21, 2007, Halifax Regional Police responded to a report of gunshots fired in the area of Maynard and Woodill Streets. When police arrived on scene, they located Glenn Bourgeois, who was su­ffering from several gunshot wounds. Gle­nn later succumbed to his injuries. Witn­esses reported seeing two males fleeing the area immediately after the shooting, one of whom had a firearm in his hand.

Investigators ask an­yone with information about this crime to call (902) 490-5016. Anonymous tipsters can contact Crime Stoppers at 1-800-222-8477 or online at www.crimestoppers.ns­.ca. This case is also a part of the Nova Scotia Department of Justice Rewards for Major Unsolved Crimes Program which can be reached by calling toll free at 1–888-710-9090; callers must provide their name and conta­ct information, and may be called to tes­tify in court. All calls will be recorde­d. The amount of the award will be based on the investigative value of the infor­mation provided.