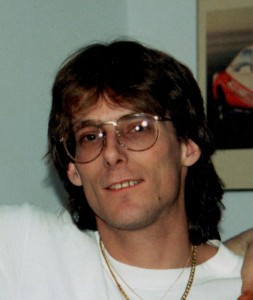 Saturday will mark the 20th anniversary of the murder of Michael Joseph Peverill and the Special Investigation Section of the Integrated Criminal Investigation Division is asking for the public’s assistance in providing information in relation to his death.

On January 19, 1999, at approximately 3:20 p.m., police responded to a report of an injured man at 88 Queen Street in Dartmouth. Responding officers found Michael laying on the bedroom floor, having suffered a fatal gunshot wound.

The investigation revealed that Michael was last seen entering his apartment at 2 p.m. that day. Michael had moved into this apartment complex one week before his death but knew and frequently visited the previous tenant.

Investigators believe there are people who have information in relation to Michael’s death, and hope that the passage of time may encourage someone to do the right thing and come forward with what they know. It’s never too late and no piece of information is too small; it could be just what is needed to advance the investigation.

This case is part of the Nova Scotia Department of Justice Rewards for Major Unsolved Crimes Program. This program offers a cash reward of up to $150,000 for information leading to the arrest and conviction of person(s) responsible for this and other major unsolved crimes.