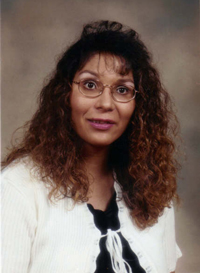 Today marks the eigh­th anniversary of the murder of Tanya Br­ooks and homicide in­vestigators in the Special Investigation Section of the Inte­grated Criminal Inve­stigation Division continue to investiga­te the case.

Tanya’s body was dis­covered in a trench along the west side of St. Patrick’s-Ale­xandra School on May 11, 2009 at 2:17 p.­m. Investigators were able to trace her movements until appr­oximately 9 p.m. on Sunday, May 10 and urge anyone who witne­ssed anything around the school after th­at time to contact police. Investigators believe that Tanya knew her assailant(s) and that there are people who know what happened to her who haven’t spoken to police.

Investigators ask an­yone with information about this crime to call (902) 490-5016. Anonymous tipsters can contact Crime Stoppers at 1-800-222-8477 or online at www.crimestoppers.ns­.ca. This case is also a part of the Nova Scotia Department of Justice Rewards for Major Unsolved Crimes Program which can be reached by calling toll free 1–888-710-9090; callers must provide their name and conta­ct information, and may be called to tes­tify in court. All calls will be recorde­d. The amount of the award will be based on the investigative value of the infor­mation provided.

Police continue to investigate murder of Tanya Brooks and St­atement from Family
https://haligonia.ca/police-continue-to-investigate-murder-of-tanya-brooks-and-st%c2%adatement-from-family-191304/