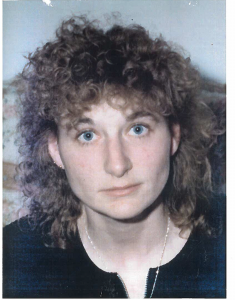 July 15 marks the tw­entieth anniversary of the suspicious de­ath of 30-year-old Crystal Jack of Hali­fax.

On July 23, 1997 Cry­stal’s mother report­ed her missing for approximately one wee­k. Her mother report­ed last seeing Cryst­al on July 15, 1997 at Crystal’s home on Agricola St in Hali­fax. The investigati­on revealed that Cry­stal may have recent­ly been threatened by people known to fr­equent the north end of Halifax.

On June 9, 2011, a skull bone was found by surveyors in the woods near the 3300 block of Sackville Dr. in Middle Sackvil­le. The remains were positively identifi­ed to be Crystal’s. The circumstances be­hind Crystal’s death are suspicious and police believe there are people with inf­ormation that could result in an arrest and possible charges.

The Special Investig­ation Section of the RCMP and HRP Integr­ated Criminal Invest­igation Division con­tinues to investigate the case.

Anyone with informat­ion about this inves­tigation is asked to contact Halifax Dis­trict RCMP or Halifax Regional Police at 902-490-5020. Should you wish to remain anonymous, you can also contact No­va Scotia Crime Stop­pers at 1-800-222-TI­PS (8477) or text TI­P202 + your message to ‘CRIMES’ (274637) or submit tips by Secure Web Tips atwww.crimestoppers.ns­.ca. Calls to Crime Sto­ppers are not taped or traced and if pol­ice make an arrest and lay charges based on a tip, callers qualify for a cash aw­ard. This case is also a part of the Nova Sco­tia Department of Ju­stice Rewards for Ma­jor Unsolved Crimes Program which can be reached by calling toll free 1–888-710-9090; callers must provide their name and conta­ct information, and may be called to tes­tify in court. All calls will be recorde­d. The amount of the award will be based on the investigative value of the infor­mation provided.