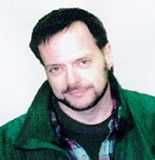 August 21st marked the fifteenth anniversary of the homicide of Donald Snelgrove and, the Integrated Criminal Investigation Division continues to investigate the case.

On August 21, 2000, at approximately 1:20 p.m., police responded to a report of a death at an apartment building in the 3600 block of Windsor Street in Halifax. Officers found Donald Snelgrove deceased in the living room of his apartment.

The investigation revealed that Donald had been assaulted some time prior to his death, and this assault was a contributing factor in his death. Investigators have information that Donald was allegedly the victim of an assault that occurred during a disturbance on Romans Avenue in Halifax sometime after 9 p.m. on Friday, August 18, 2000. Investigators are interested in speaking to anyone who may have seen Donald’s 1988 grey Plymouth Reliant in the area at the time of this disturbance and assault.

Anyone with information regarding the homicide of Donald Snelgrove is asked to contact the Integrated Criminal Investigation Division at 902-490-5016. Anonymous tips can be sent to Crime Stoppers by calling toll-free 1-800-222-TIPS (8477), submitting a secure web tip at www.crimestoppers.ns.ca or texting a tip – Tip 202 + your message to 274637.