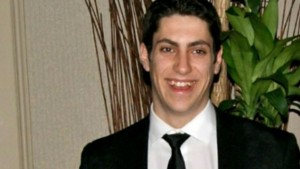 Yesterday marked the first anniversary of Taylor Samson being reported missing to police and investigators are asking for the public’s assistance in relation to the ongoing investigation into his murder and the whereabouts of his remains.

At approximately 5:30 p.m. on August 16, 2015 Taylor was reported missing to police. He had last been seen at his residence in the 6000 block of South Street at 10:30 p.m. on August 15. Investigators in the Special Investigation Section of the Integrated Criminal Investigation Division later ruled the case a homicide and charged 22-year-old William Michael Sandeson of Halifax with first degree murder. This was not a random act as Taylor and William Sandeson knew one another.

Investigators believe that Taylor was murdered at a residence in the 1200 block of Henry Street but his remains have yet to be recovered. Investigators ask that anyone with information regarding the whereabouts of Taylor’s remains or this homicide investigation contact the Integrated Criminal Investigation Division at 902-490-5016. Anonymous tips can be sent to Crime Stoppers by calling toll-free 1-800-222-TIPS (8477), submitting a secure web tip at www.crimestoppers.ns.ca or texting a tip – Tip 202 + your message to 274637.

Police Continue to Investigate the Homicide of Taylor Samson
https://haligonia.ca/police-continue-to-investigate-the-homicide-of-taylor-samson-158857/