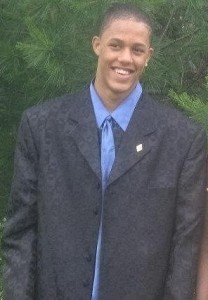 Today marks the​ 10th anniversary of the murder of Jerell Aaron Wright.

At about​ 10:45​ p.m. on May​ 13,​ 2009, Mr. Wright (aka Rutu) arrived at a residence on​ 16​ Clarence St., North Preston. He was standing in a shared driveway when a series of gunshots were fired in his direction from a vehicle driving by. Mr. Wright was shot and later died in hospital. According to police, those responsible for the shooting immediately left the area in the vehicle.

The investigation, to date, has led police to believe the victim was not alone in the driveway when he was shot and that he was not the intended target. Police believe there are persons who have information that could result in an arrest and possible charges.

Police are asking anyone with information regarding the person(s) responsible for the murder of Jerell Aaron Wright to come forward to speak with investigators with the goal of ultimately leading to an arrest in this case. Any piece of information could prove useful to investigators.

The Government of the Province of Nova Scotia is offering rewards of up to one hundred and fifty thousand dollars ($150,000) for information leading to the arrest and conviction of the person(s) responsible for the murder of Jerell Aaron Wright. The Provincial Rewards line is​ 1-888-710-9090.

Anyone with information about this incident is asked to contact Halifax District RCMP at​ 902​ 490-5020.​ Should you wish to remain anonymous, call Nova Scotia Crime Stoppers toll free at 1-800-222-TIPS (8477), submit a secure web tip at www.crimestoppers.ns.ca, or use the P3 Tips App.