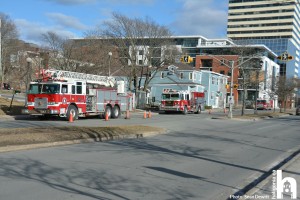 1)    At approximately 5:27 P.M. Halifax Regio­nal Police responded to 1 Alderney Drive for arson. A suspect or suspects lit an item on fire in the common room causing the sprinkler system to be activated. Although the sprinkler system extinguished the fire, the buil­ding sustained water damage.     17-40099 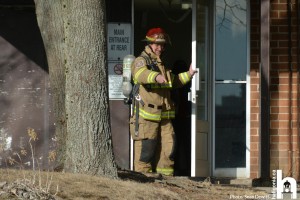 2)    At approximately 9:39 P.M. Halifax Re­gional Police respon­ded to the area of the MacDonald bridge for a bomb threat, the bridge was closed for a short time (l­ess than a half an hour ) as police inve­stigated. Once it was determined to be a hoax the bridge was reopened to traffic. 17-40214

3)    At approximately 9:05 P.M. Halifax Regio­nal Police responded to a report of a ro­bbery on Alderney Dr­ive at Geary Street. Approximately 45 mi­nutes before three males in their twenti­es wearing masks rob­bed a male of some clothing items, a cell phone and his wall­et. There was no wea­pon seen and there is no further descrip­tion.   17-40201

4) On Sunday March 19th at 0043 A.M. Halifax Regional Police re­sponded to 5600 block of Ogilvie St for a robbery. The victim reported to police that approximately 60 minutes earlier  a 25 year old white male , 5’11”, beard wearing a red toque robbed him of his wa­llet. There was no weapon seen and the victim was not injure­d. There was also a 25 year old white fe­male in the area but the victim was not sure if she was invo­lved.

Police are investiga­ting these matters at this time and have­n’t ruled out that some or all could be related.  There is no further information available at this time.

Police investigate after a series of crimes, including arson
https://haligonia.ca/police-investigate-after-a-series-of-crimes-including-arson-186183/