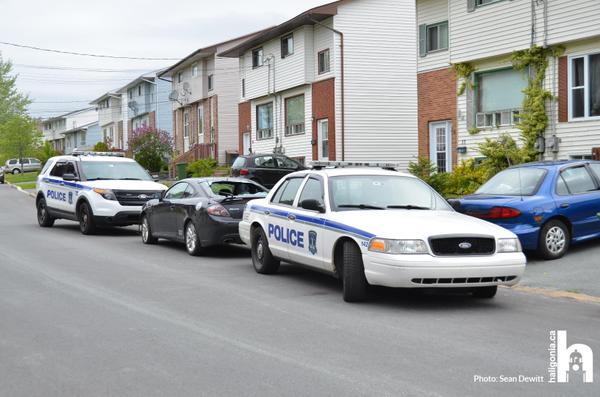 Police are investigating an incident where a woman was forced into her vehicle by two men.

Preliminary investigation determined that a 25-year-old woman was exiting a store in Porters Lake when two armed black men forced her into her vehicle. The suspects ordered the victim to drive to a residence in West Chezzetcook and once there, the suspects, using weapons, tried to gain access to her residence but were unsuccessful. They left the victim’s residence by stealing her car which was later recovered behind the Atlantic Superstore in Porters Lake. The victim was not hurt during this incident.

Subsequent investigation by the Integrated Criminal Investigation Division led to the arrest of a 19-year-old Dartmouth man and a 17-year-old Dartmouth youth at a house on Pondicherry Cres. last evening. Both were arrested without incident and remain in custody. Earlier this morning, with the assistance of HRP patrol officers and ERT, a 16-year-old male youth was arrested at the same house without incident. The investigation is continuing. Police do not believe this was a random act.

If anyone has any information regarding this incident, please call Halifax RCMP or Nova Scotia Crime Stoppers at 1-800-222-TIPS (8477), texting TIP202 + your message to ‘CRIMES’ (274637) or by a Secure Web Tips at www.crimestoppers.ns.ca >. Calls to Crime Stoppers are not taped or traced and if police make an arrest and lay charges based on a tip, callers qualify for a cash award from $50 – $2000.