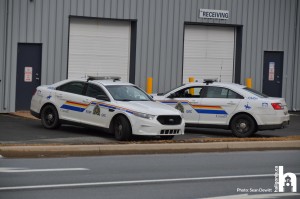 Investigators have charged a man and woman following an investigation of a potential threat received yesterday.

Halifax Regional Police received third-hand information early yesterday morning about a potential threat involving an individual with connections to the Halifax Stanfield International Airport community. As a result of the potential threat, RCMP increased its presence in and around the airport.

At 9 a.m. yesterday, officers arrested 48-year-old Derek Russell Strum at an apartment building in the 0-100 block of Lakefront Road in Dartmouth. Investigators executed a search warrant at the same location yesterday afternoon as well as at an address on Cuisak Street in Dartmouth and an address on Matheson Court in Nine Mile River. The investigation later led officers to arrest a woman known to Strum; 46-year-old Diana Lynn Richard of Dartmouth was arrested at a Jackson Road address in Dartmouth at 5:05 p.m.

As a result of the investigation by investigators in the Integrated Criminal Investigation Division as well as members of the National Weapons Enforcement Support Team (NWEST), Strum and Richard each face four counts of possession of a prohibited device under Section 91(2) of the Criminal Code in relation to four overcapacity cartridge magazines for a rifle. Strum is scheduled to appear in Dartmouth Provincial court this morning, and Richard was released on a Promise to Appear and is scheduled to appear in Dartmouth Provincial court on April 19.

The investigation into this matter is ongoing. Investigators are asking anyone with information about this incident to contact police at 902-490-5016. Anonymous tips can be sent to Crime Stoppers by calling toll-free 1-800-222-TIPS (8477), submitting a secure web tip at www.crimestoppers.ns.ca or texting a tip – Tip 202 + your message to 274637.

Halifax Regional Police received third-hand information early this morning about a potential threat involving an individual with connections to the Halifax Stanfield International Airport community. As a result of the potential threat, RCMP has increased its presence in and around the airport. Airport operations are not currently impacted by this matter.

At this time, investigators are interviewing a 48-year-old Dartmouth man in relation to this matter. The investigation is in the preliminary stages and is ongoing to determine the validity of the potential threat. 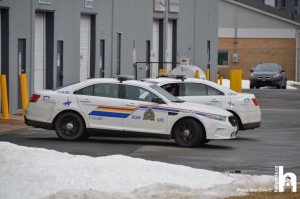