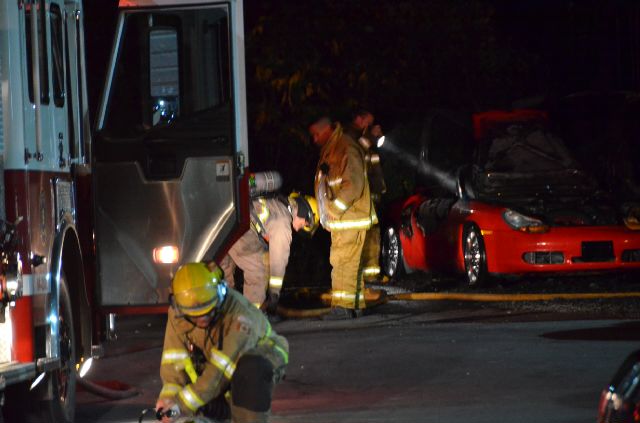 Police are conducting investigations into two suspicious fires at different car dealerships over the weekend.

On Saturday, September 27th, 2014 shortly after midnight, Halifax District RCMP were summoned to the rear parking lot of a car dealership on Sackville Drive in response to a complaint of fire. When officers arrived they discovered two vehicles completely engulfed in flames. Halifax Fire and Emergency attended and extinguished the blaze. Both vehicles were destroyed.

On Sunday, September 28th, 2014 just after 9 p.m., RCMP were called to the scene of a second car dealership on Sackville Drive in response to car fires. Halifax Fire and Emergency extinguished fire engulfing two vehicles. Preliminary investigation at this scene and the fire scene on Saturday night determined the fires to be suspicious. The General Investigation Section of the Integrated Criminal Investigation Division are continuing with these investigations. Anyone with information about either of these incidents is asked to contact police at 902-490-5180. Anonymous tips can also be sent to Crime Stoppers by calling toll-free 1-800-222-TIPS (8477), submitting a secure web tip at www.crimestoppers.ns.ca or texting a tip – Tip 202 + your message to 274637.