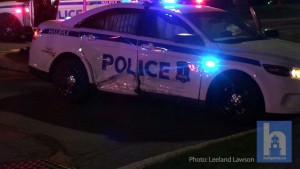 At 1:58 a.m. a Halifax Regional Police marked police car was travelling north bound on North Park St. responding to a call for service (no emergency lights or siren activated). When a Toyota Corolla that was turning left from Cornwallis St collided with the police car on the right side. Both vehicles sustained extensive damage and airbags deployed. 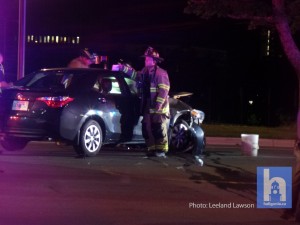 Paramedics checked and cleared both drivers, which were the only occupants. The driver of the Corolla, a 19 year old male from Halifax, was issued a Summary Offence Ticket for Newly Licensed Driver operating a vehicle between midnight and 5:00 am. 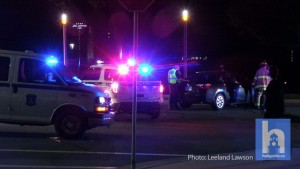 The investigation is on going and additional charges under the Motor Vehicle Act are expected.