Halifax Regional Police is investigating a two-vehicle collision that occurred today on highway 102 near Exit 2b in Halifax. 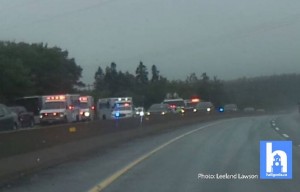 At 12:13 p.m. police responded to a report of two vehicles that had collided on Highway 102 inbound near Exit 2b. The collision resulted in the two vehicles leaving the roadway. Both drivers and the three passengers were taken to hospital for treatment.

The incident remains under investigation. 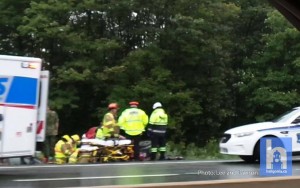