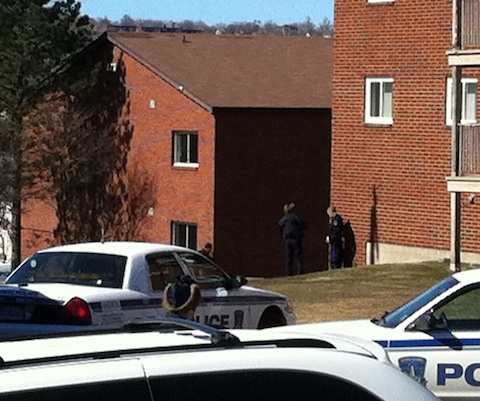 Halifax Police took a man into custody at 11:30am after a tense standoff this morning in Dartmouth.

From HRPD:
At 8:50 a.m., officers responded to an apartment building in the 200
block of Windmill Road in response to a report of a domestic disturbance
involving a man and a woman. Upon arrival, officers attempted to speak
with the residents but they refused to come to the door. At 9:51 a.m.,
the woman exited the residence but the male occupant still refused to
come out. There was a concern there may have been weapons inside so a number of
people in surrounding units were asked to leave for their own
safety.

A 31-year-old man remains in custody for breaching his conditions. The
apartment has been turned over to officers assigned to the HRP/RCMP
Integrated General Investigation Section who will be obtaining a warrant
before conducting their search.