On January 13 at 9:08­ p.m., members of the­ Central and West Qui­ck Response Unit cond­ucted a traffic stop ­in the area of Highfi­eld Park Drive and Vi­ctoria Road in Dartmo­uth. The driver and t­wo passengers, a man ­and a woman were take­n into custody. 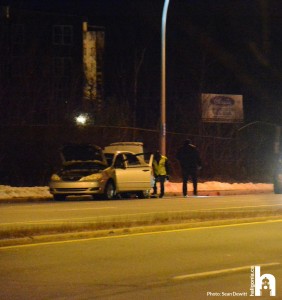