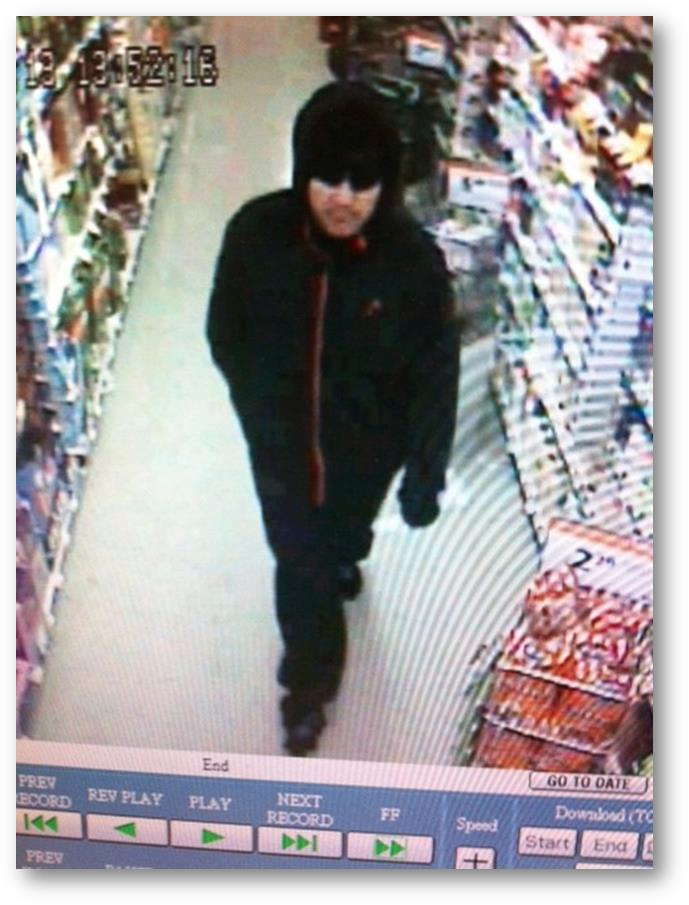 Today at approximately 5:00 PM a Patrol Officer working in East Division conducted a traffic stop on a passenger vehicle on Shubie Drive in Dartmouth Crossing.
The vehicle was stopped because it was not equipped with a license plate. The vehicle had three men in it. During the course of the stop the officer noted that one of the passengers appeared to be under the influence of drugs and/or alcohol. While checking the drivers information, the officer observed the same passenger exit the vehicle and remove his jacket, when he did so the officer recognized the clothing and physical descriptors associated to the suspect from the robbery at the Lawtons Pharmacy earlier in the day. The 29 year old man from the Dartmouth area was arrested without incident at the scene, he is currently being held in custody and will appear in Dartmouth Provincial Court in the morning to face robbery and weapon related charges. During the course of the robbery the suspect stated he had a firearm but did not produce the weapon, a firearm was not recovered by police.
Original Release:
Halifax Regional Police is investigating a robbery that occurred this afternoon in Dartmouth.
At 1:52 p.m., police responded to the Lawtons Pharmacy located at 6 Primrose Street after a man entered the pharmacy and demanded prescription drugs. No one was hurt and the suspect fled on foot with an undisclosed amount of drugs.
Police are looking for a man with a darker complexion, 6 feet tall, 200 lbs., wearing a black toque, a black jacket with a red stripe on the front and black pants. He was last seen leaving the area on foot.
At this time, officers assigned to the HRP/RCMP Integrated General Investigation Section are in the early stages of the investigation. Anyone with information about this robbery or the suspect is asked to contact police at 490-5016. Anonymous tips can be sent to Crime Stoppers by calling toll-free 1-800-222-TIPS (8477), submitting a secure web tip at www.crimestoppers.ns.ca or texting a tip – Tip 202 + your message to 274637.
Source: Release