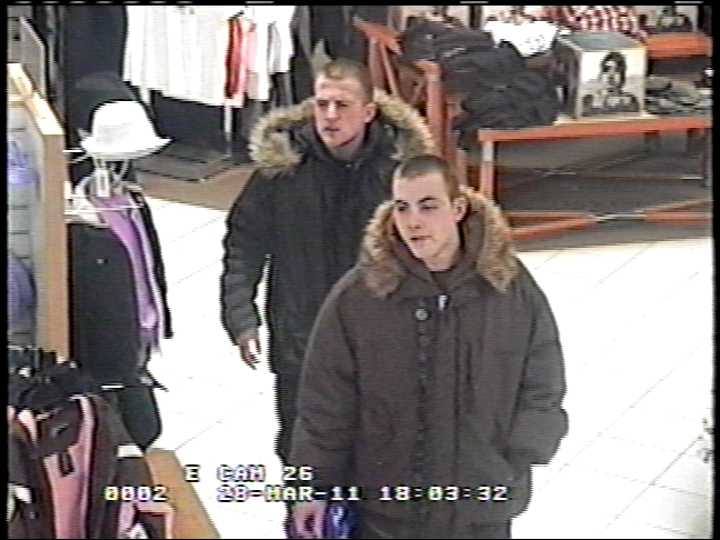 Officers assigned to the HRP/RCMP Integrated General Investigation Section are requesting the public’s assistance in identifying two people in connection with an on-going investigation.
A residence on Forbes Street in Halifax was broken into on two separate occasions on March 26 and 27 and several items were stolen. The investigation led officers to seize video footage of two men with whom investigators would like to speak. Police are releasing a picture of the men with the hopes that someone will be able to identify them. They are described a white men, 18-22-years-old with short hair and thin builds. In the picture, they are wearing winter jackets with fur trimmed hoods.
Anyone who recognizes the individuals in the picture, or has information about this incident is asked to contact police at 490-5016 or anonymously through Crime Stoppers at 1-800-222-TIPS (8477) or online at www.crimestoppers.ns.ca.