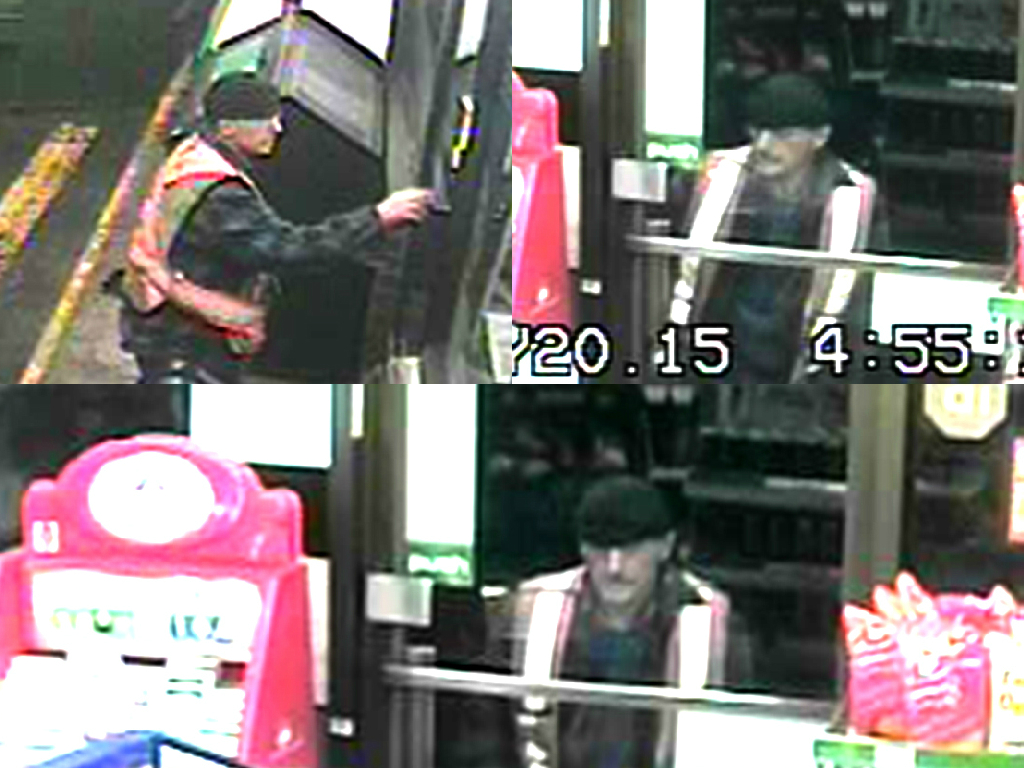 Halifax Regional Police is requesting the public’s assistance to help identify a suspect in a robbery.
On May 19, at 5:03 a.m., officers responded to a report of a robbery at the Needs Convenience store at 33 Herring Cove Road in Halifax. Two male suspects entered the store, one carrying a handgun and the other a crowbar, and demanded cash and cigarettes. The clerk was grabbed by the suspects and forced around the store while the suspects were taking items. The clerk was not physically injured. The suspects fled in a silver mid-size car with rust on the bottom of the doors which was last seen travelling up Withrod Drive.
Police are releasing pictures of one of the suspects. He is described as a white man in his fifties with a dark moustache and wearing glasses. At the time of the incident, he was wearing a dark jacket, a dark toque and a reflective vest. The second suspect ethnicity is unknown and he had his face covered. He was wearing all dark clothing.
If you have information about this incident or the identity of this man, please call police at 902-490-5016. Anonymous tips can be sent to Crime Stoppers by calling toll-free 1-800-222-TIPS (8477), submitting a secure web tip at www.crimestoppers.ns.ca or texting a tip – Tip 202 + your message to 274637.
Source: Release
#99