Police are requesting help from the public to solve a break and enter and theft in Lower Sackville in the early morning hours of Jan. 4. 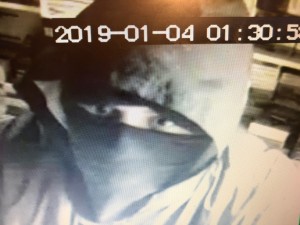 At approximately 1:30 a.m., Halifax District RCMP responded to a commercial alarm at a business in the 0-100 block of Cobequid Rd. Upon arrival, members saw that the front door had been forced open. There was no one inside the business at the time. 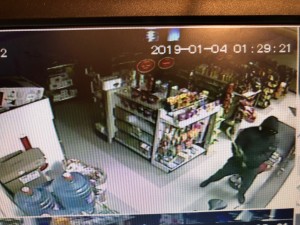 Security footage shows that a few minutes earlier, a vehicle pulled up to the business’ front door. The vehicle is described as large vehicle (possibly a truck) with large headlights and large grille surrounded by a chrome border. A suspect exited the vehicle and began hitting and prying at the front door until entry was gained. This suspect appears to be a man dressed completely in black, including a mask, gloves and a hoodie with the hood up). 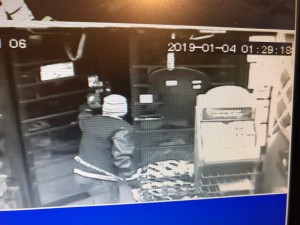 A second suspect then exited the same vehicle and entered the business carrying garbage cans with bags inside. This suspect appears to be a man dressed in black shoes, blue jeans, black gloves, a black mask, a grey toque and a black jacket that appears to have white rings around the cuffs. 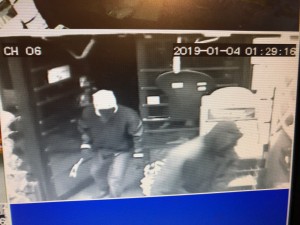 Anyone with information about this incident is asked to contact Halifax District RCMP at 902-490-5020. Should you wish to remain anonymous, call Nova Scotia Crime Stoppers toll free at 1-800-222-TIPS (8477), submit a secure web tip at www.crimestoppers.ns.ca, or use the P3